The day after El Nido Tour A we headed off for El Nido Tour C with the same company as the previous day and many of the same people in our group, we also requested the same tour guide as he was fun and had made the previous tour very enjoyable… he also saved me from the jellyfish so a good guy all round ;). In tour C you travel to Helicopter Island (shaped like a helicopter), Hidden Beach,  Matinloc Island & Shrine (if viewed from above it’s shaped like a heart and means beautiful), Secret Beach and Cadlao (means laughing in English) Lagoon. 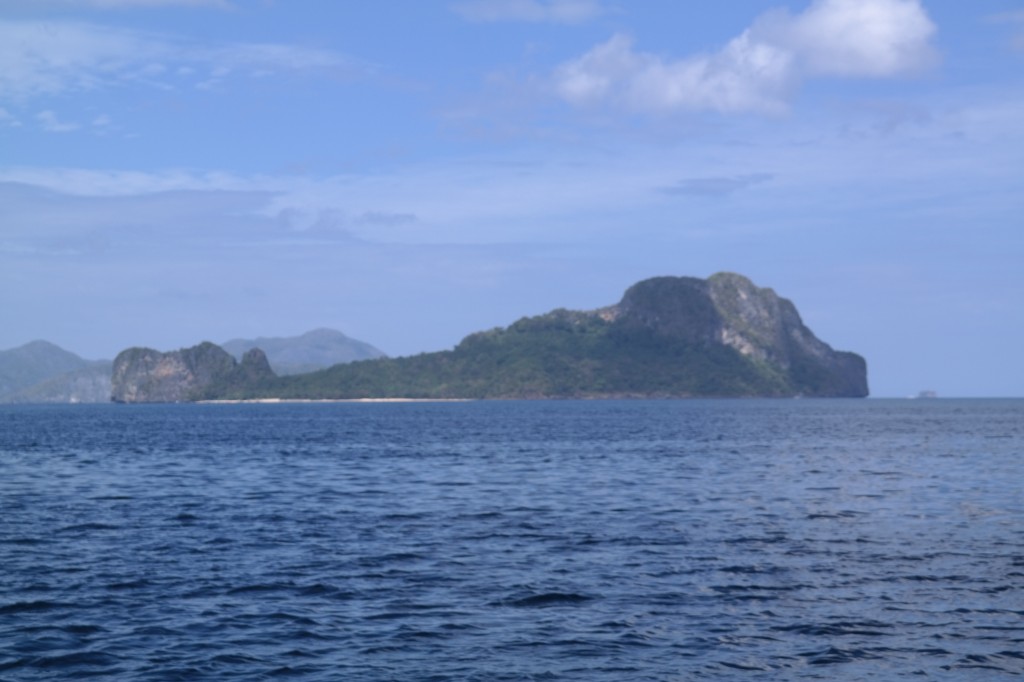 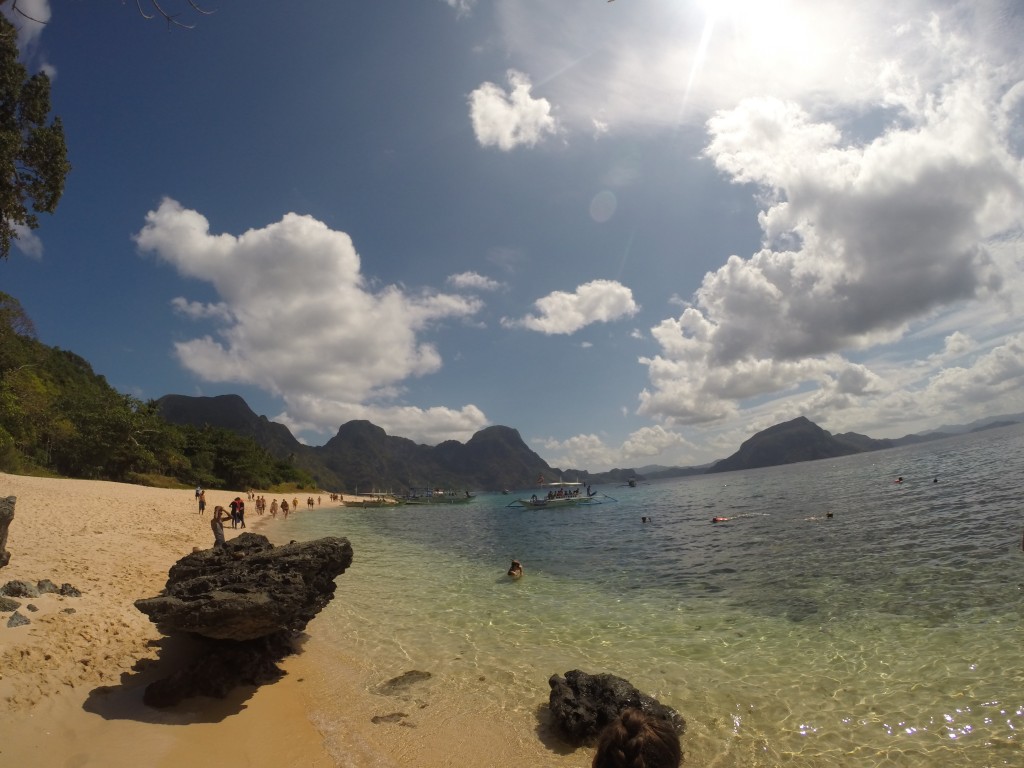 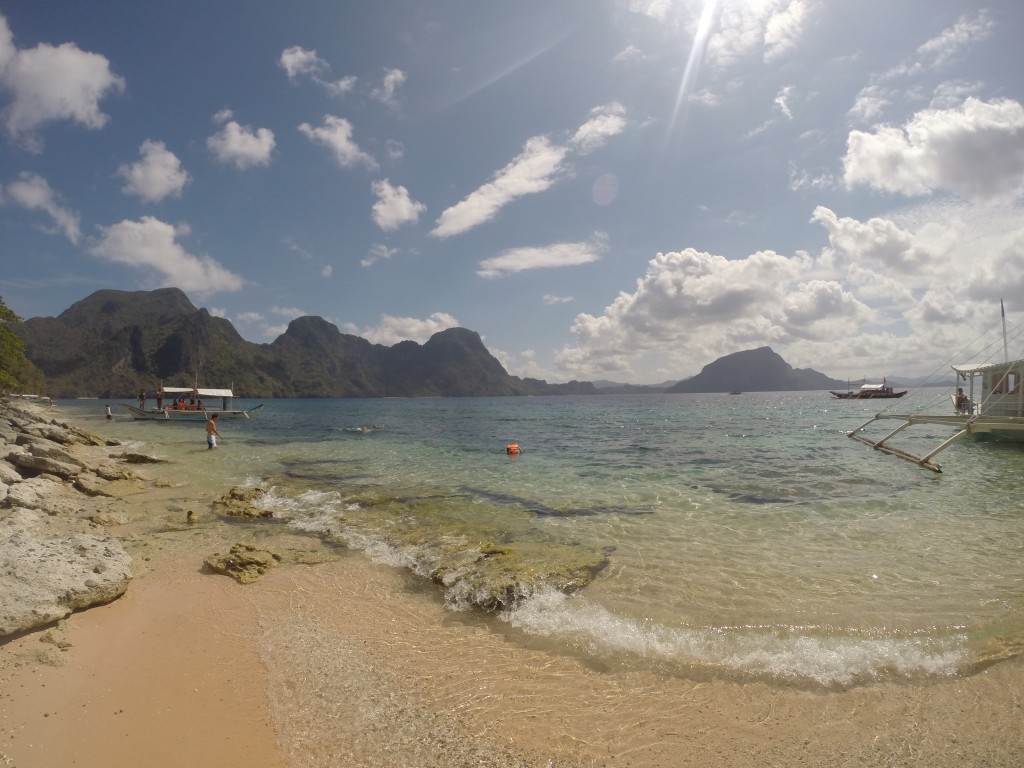 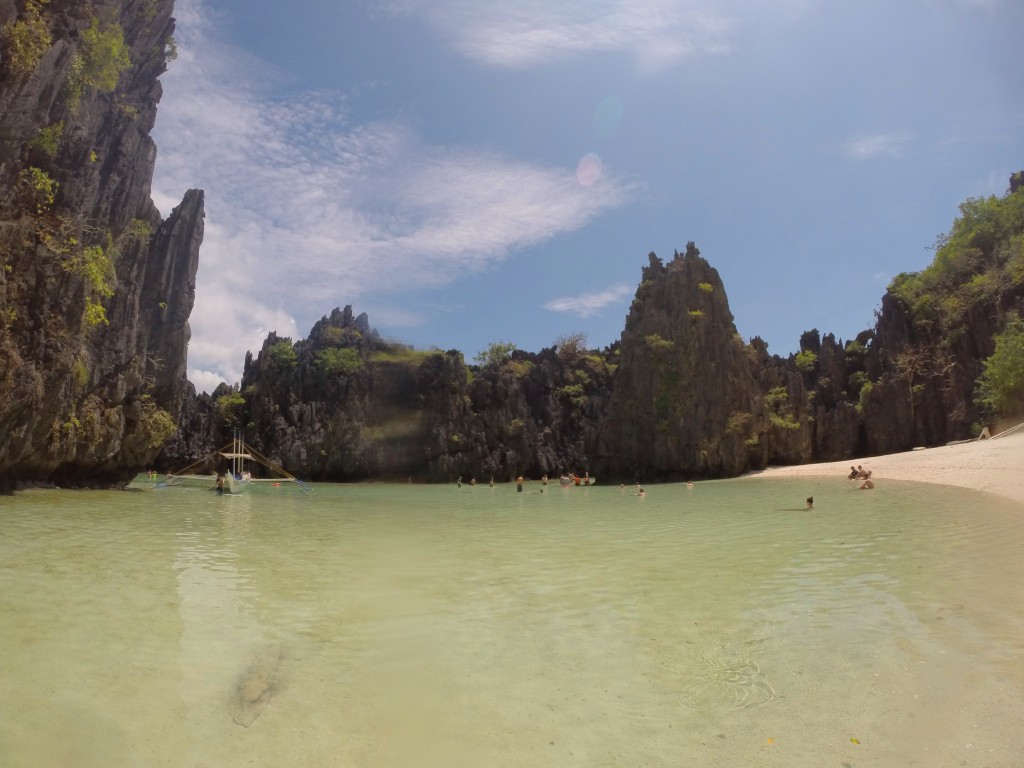 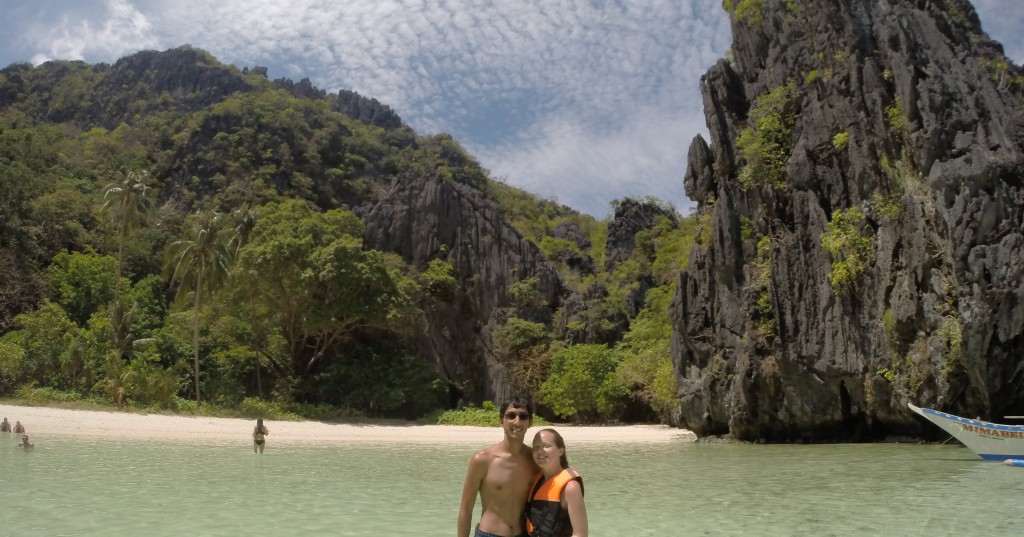 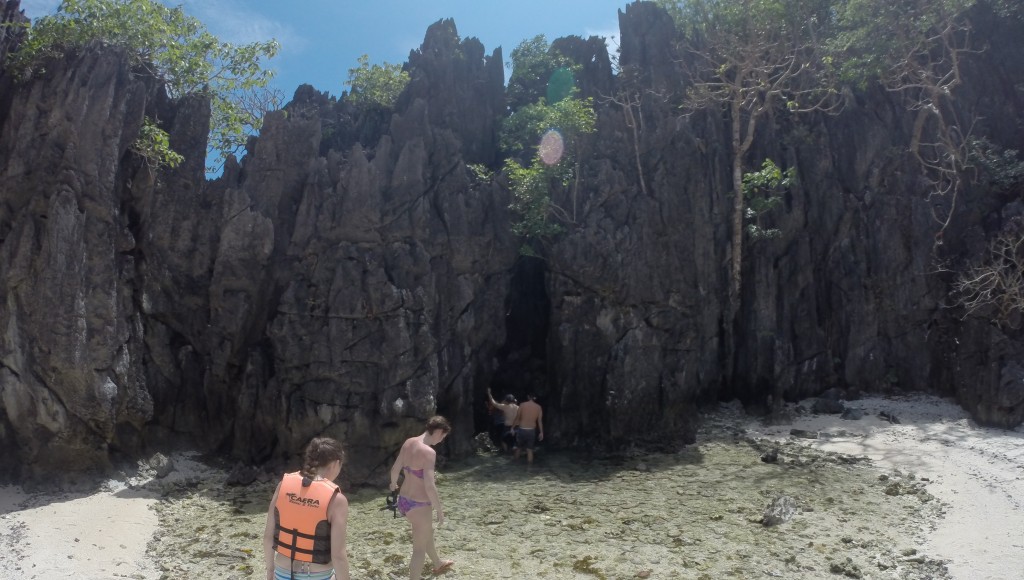 The highlights here were Matinloc Island which has a religious shrine with a statue of the Virgin Mary and an abandoned mansion. We took a walk around the house and it felt like we were extras in a horror movie so we couldn’t wait to get back outside. While you’re on Matinloc Island you have to make sure you climb to the top part of the limestone cliff, well if you feel brave enough ;). There’s a makeshift staircase but you need to be careful with every step. However, once you reach the top and you can soak up the stunning view you’ll know it was worth the risk… then you just need to worry about getting back down! 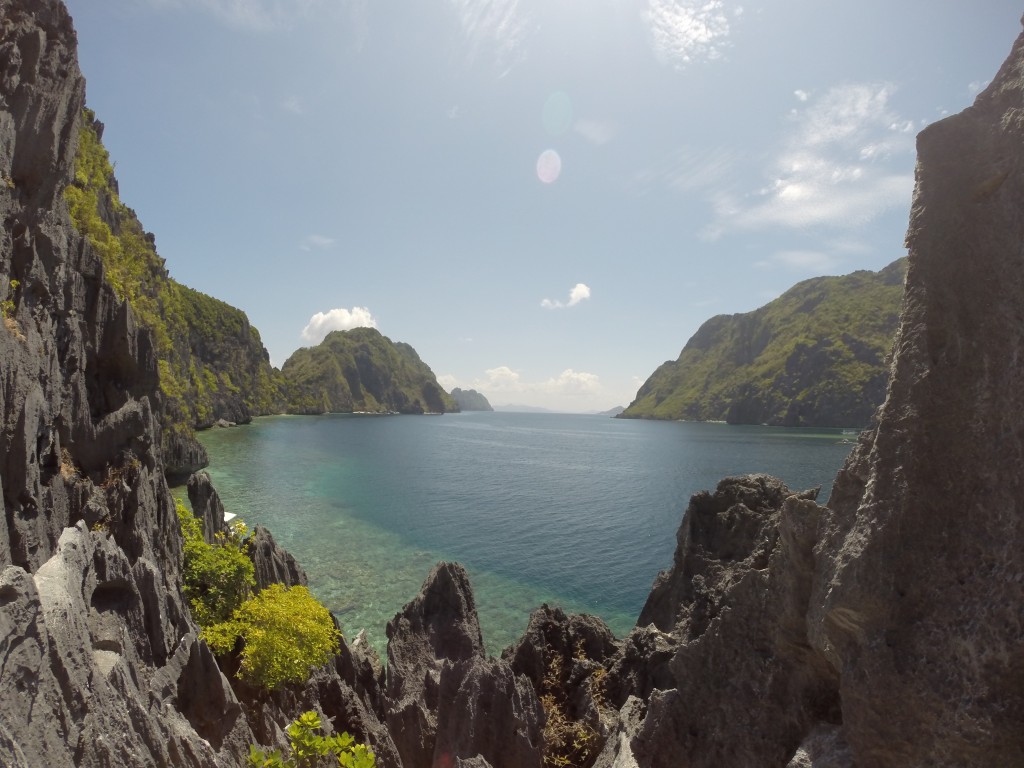 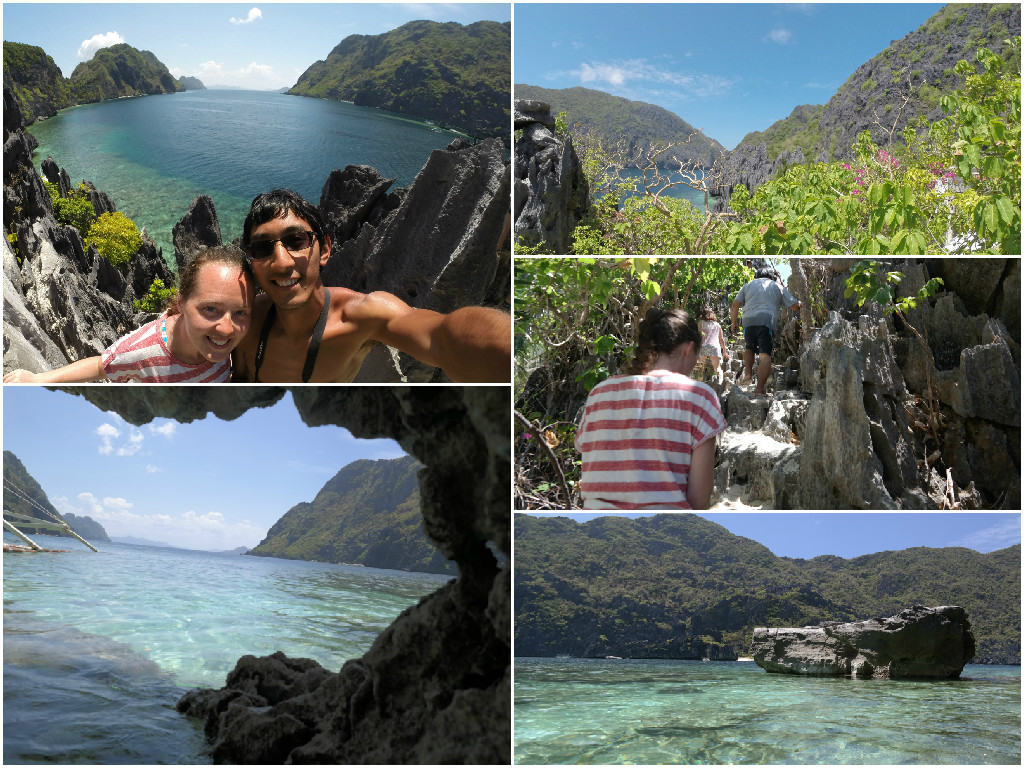 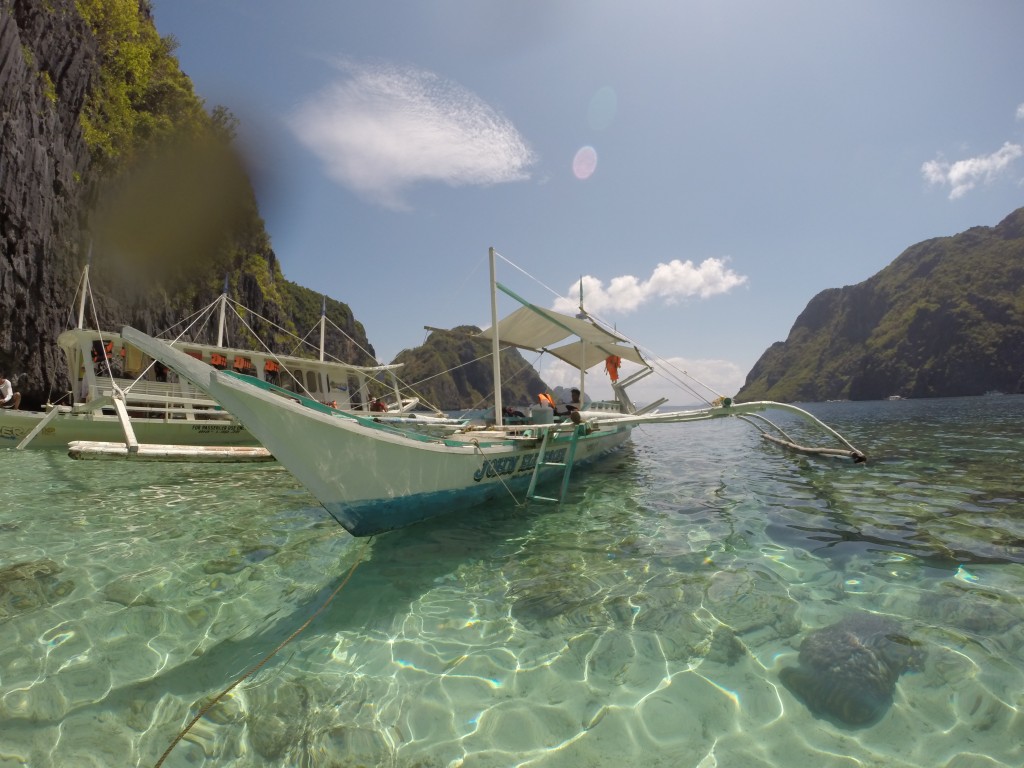 When we arrived at Secret Beach there were lots of jellyfish again and after a lot of debating a few brave souls (including Rhys!) decided to throw caution to the wind and throw themselves into the middle of the jellyfish so they could swim through a whole in the cliff and enjoy Secret Beach. The rest of us were content to wait on the boat but then the boat was able to move closer to the entrance which meant less chance of getting stung so we all jumped in and swam as fast as we could through the gap in the cliff and into Secret Beach. That was another trip that was worth the risk… such a lovely secluded little spot to soak up some sun. 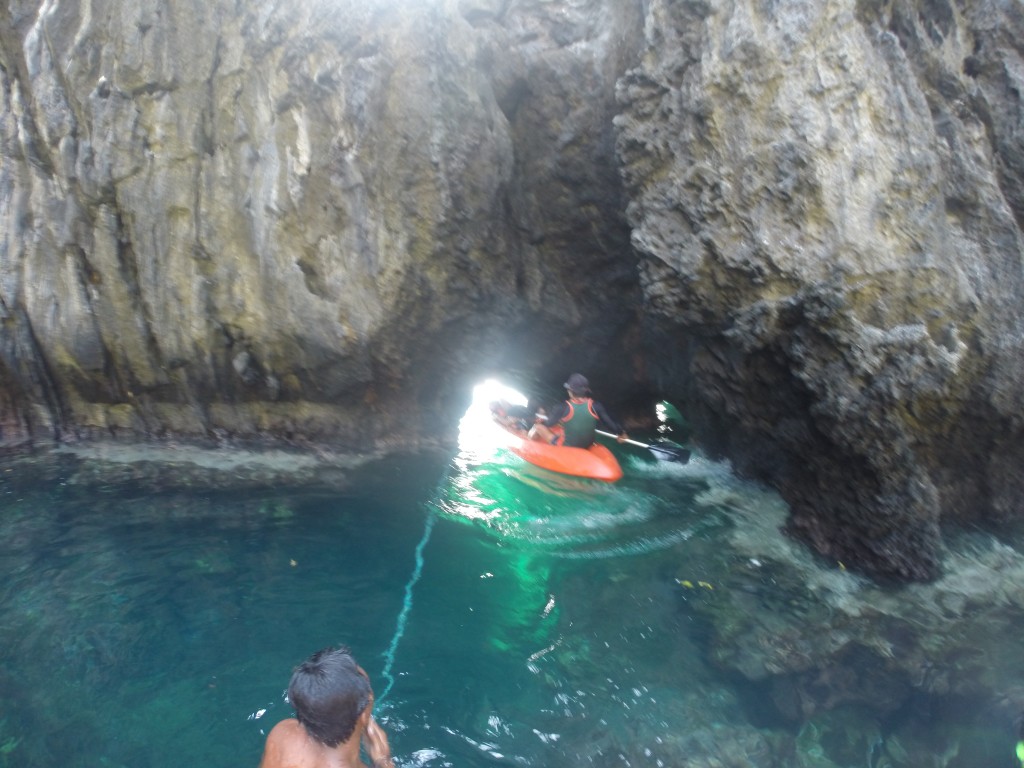 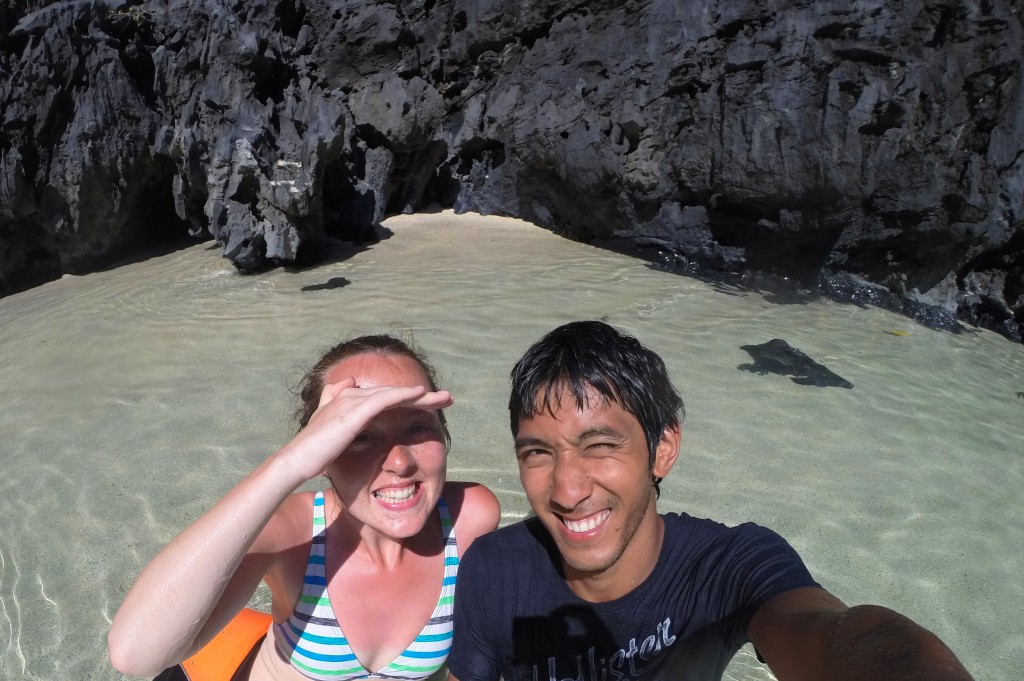 Cadlao Lagoon was our last stop and we were lucky enough to be the only tour group here. The water was freezing cold but after a bit of swimming we managed to find an area of coral with lots of fish and the water was clearer than in other areas. 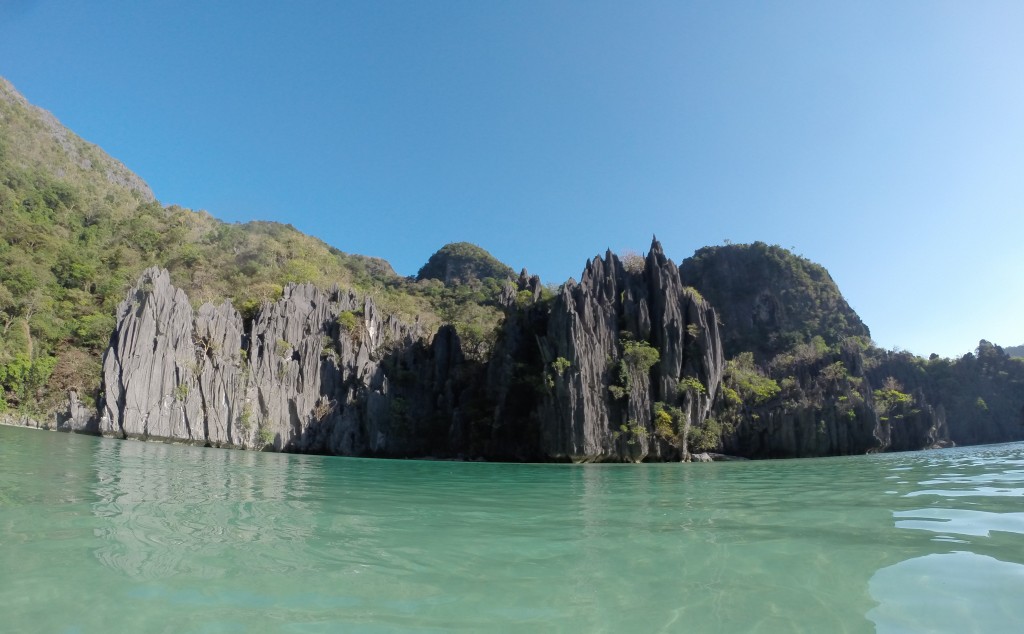 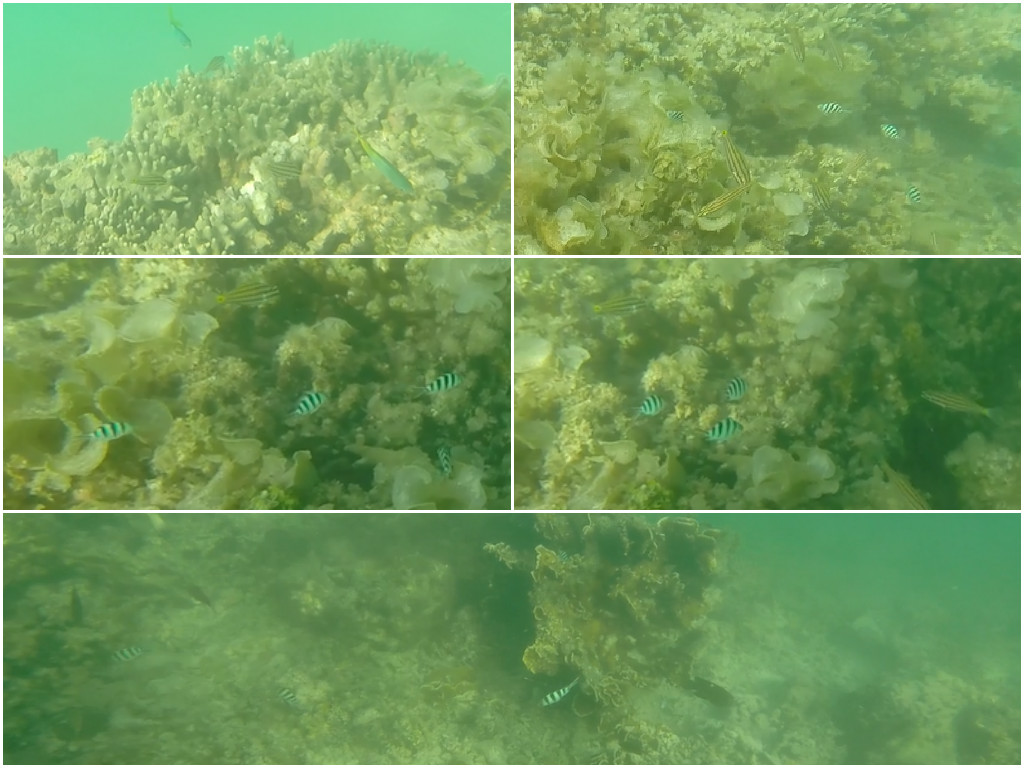 This was our favourite island hopping tour out of all three that we went on between Honda Bay and El Nido. After arriving back in El Nido we were dropped off at our hotel and we went down to the beach to admire the sunset in Bacuit Bay. Later we joined a group from our tour again for dinner on the beach and delicious (very authentic 😉 ) crepes for dessert to end a wonderful day. 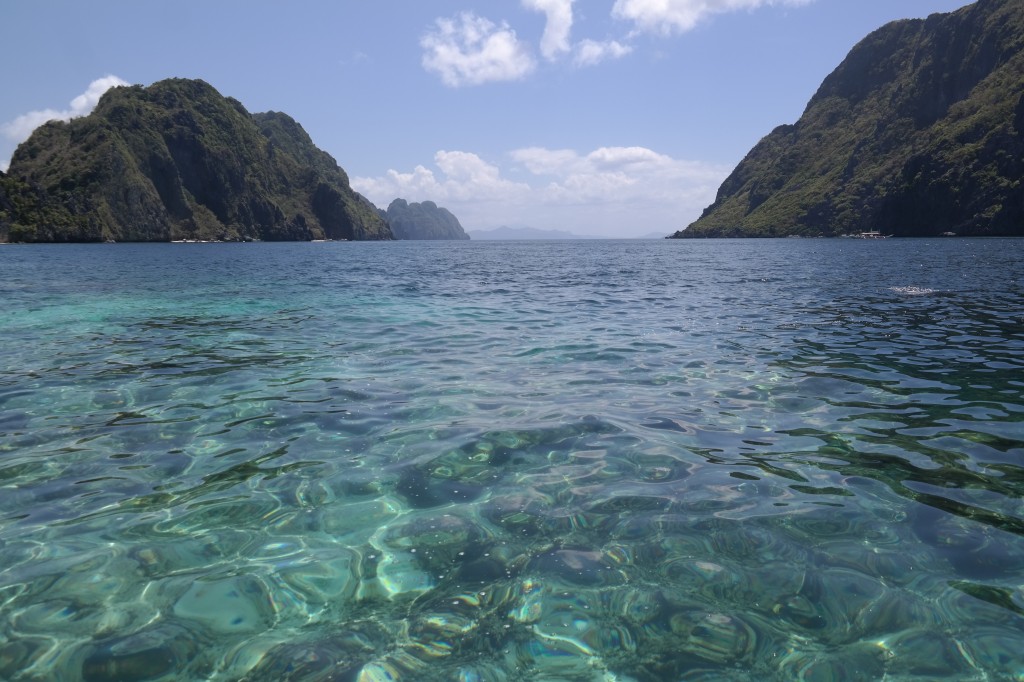