On our recent mini-moon we were unsure how we would get from Dubai to Abu Dhabi. Most people we knew either had their own car or hired a car when they went but as neither of us have a UAE driving licence yet we couldn’t hire a car. We heard that we could just jump in a taxi and they would take us all the way there (over 100km) but we weren’t entirely convinced that every driver would be up for this. With a lot of research we finally decided to take the bus. I found 3 different timetables for the bus we needed and each timetable had varying numbers of stops. The website also wasn’t very clear whether this bus was actually running during the Eid weekend, thankfully they have a call centre that is open 24/7 so at midnight the night before we left we called them (on 8009090) to double & triple check the bus was running and would be leaving at 9.

To get from Dubai to Abu Dhabi by bus we took the E101 from Ibn Battuta bus stop to Abu Dhabi central bus station at 9am and in total the journey was about 1 hour 20 minutes with no stops. The bus costs AED 25 one way and you pay using your Nol card. When researching the buses on forums a lot of people said it doesn’t take the full 1 hour 30 minutes allocated. A tip for anyone thinking of using this service, get there early. We arrived about 20 minutes before the bus was due to leave and we got the last 2 seats together and by the time we left the bus was completely full so I would get there at least 30 minutes before departure in future.

The bus itself was comfortable with air conditioning, wifi and refreshments on board and the journey was probably one of the best I’ve experienced in our whole time in Dubai, no wild taxi driver driving here! 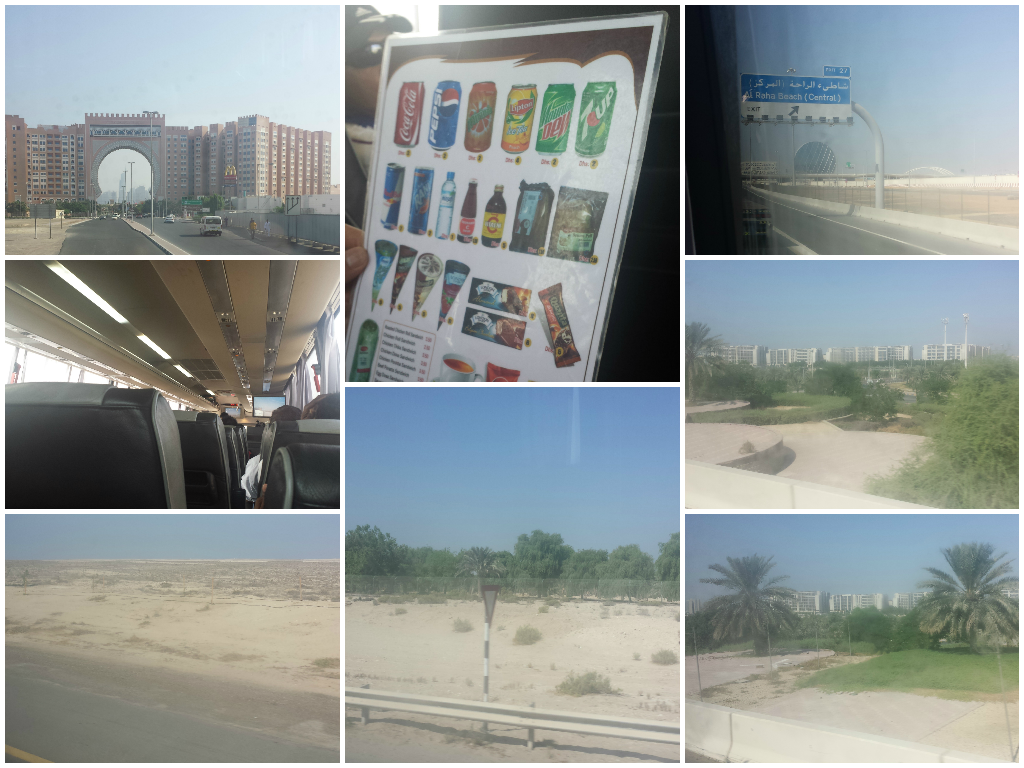 In future we’d quite happily take the bus again from Dubai to Abu Dhabi but when we arrived in Abu Dhabi there was a queue of around 200 people waiting to leave, we think on the Dubai buses – it was crazy! After seeing such mega queues we decided not to risk it and on the return leg we actually got a taxi all the way home which took just over an hour and cost AED 200.