We landed in Manila on a Friday evening and after checking in we headed to a nearby supermarket to get supplies for our trip to Mount Pinatubo the next morning, we didn’t make any plans as we were getting picked up at 4am so an early night was in order. Mount Pinatubo is an active volcano in the Zambales Mountains which last erupted in 1991 and while researching things to do in the Philippines I instantly knew I wanted to trek an active volcano! 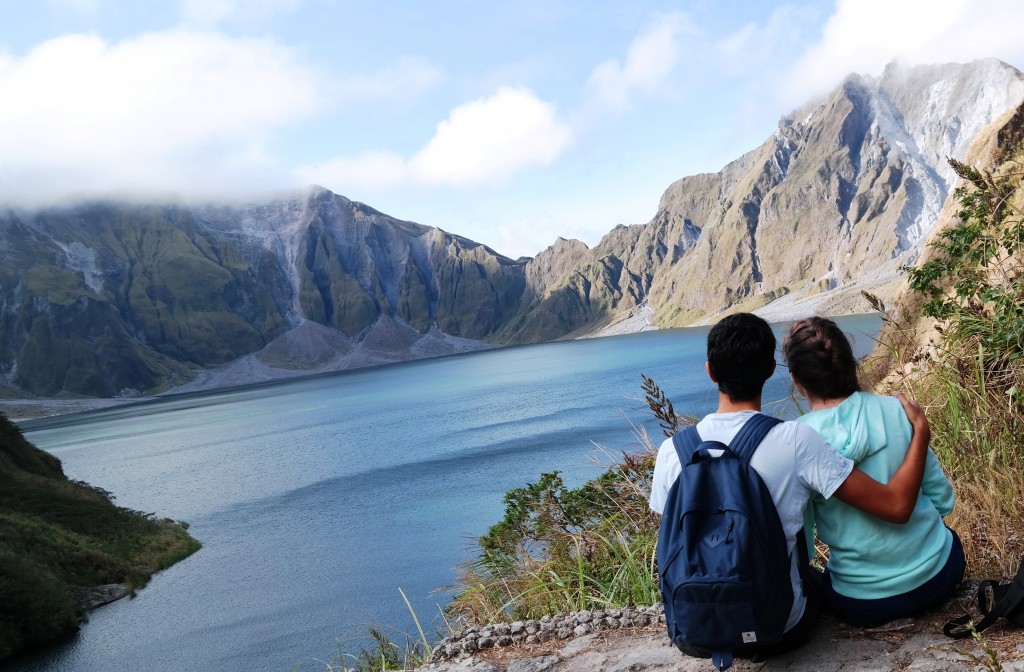 As we were on the go so early in the morning it was still dark outside but we had a 3 hour drive from Manila to Sta. Juliana. After sunrise our driver starting telling us more about the area and the volcano and according to him, after the 1991 eruption ash travelled as far as Hong Kong and 5-10 years later the area was still covered by ash and looked like a grey desert. When we arrived at Sta. Juliana our driver sorted a tour guide and jeepney to take us on the trek and ordered lunch for our return. At 7am we leave the town and head for Mt. Pinatubo with just the 2 of us plus our guide and a driver, some jeepneys were packed with bigger groups. We drive 1.5 hours over the Lahar riverbed and partway up the mountain before we begin our trek. While driving we spotted some kids just sitting around watching all the tourists coming through and we later found out they were from the Aeta villages in the mountains. The drive was super bumpy but the landscape was spectacular, so barren in places and fascinating to see mountains cut away by lava and the river. 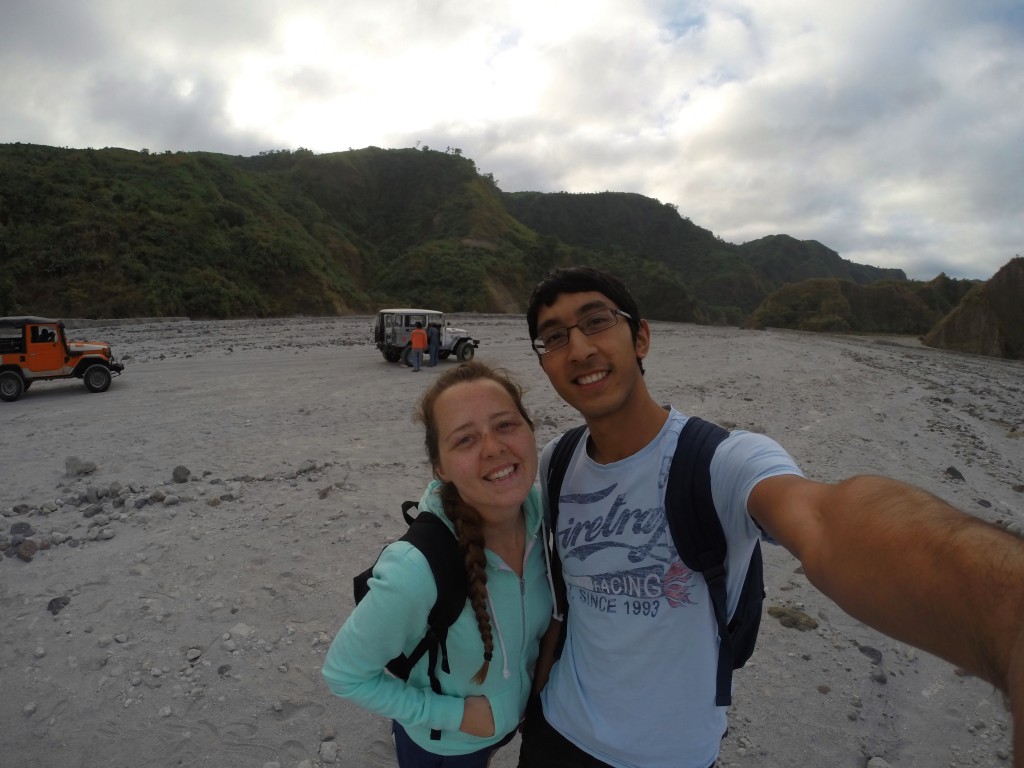 There are two treks: one which is 7km of walking and another which is just 2km. Initially we wanted to do be a little more adventurous and do the longer trek but our guide decided to drive us as far as they could up the mountain. While we did feel a bit lazy driving past all the walking groups, as we drove further in the jeepney and had the shorter trek to complete we were actually some of the first people to reach the crater lake of Mount Pinatubo and we were able to get lots of photos before the other tourists arrived. 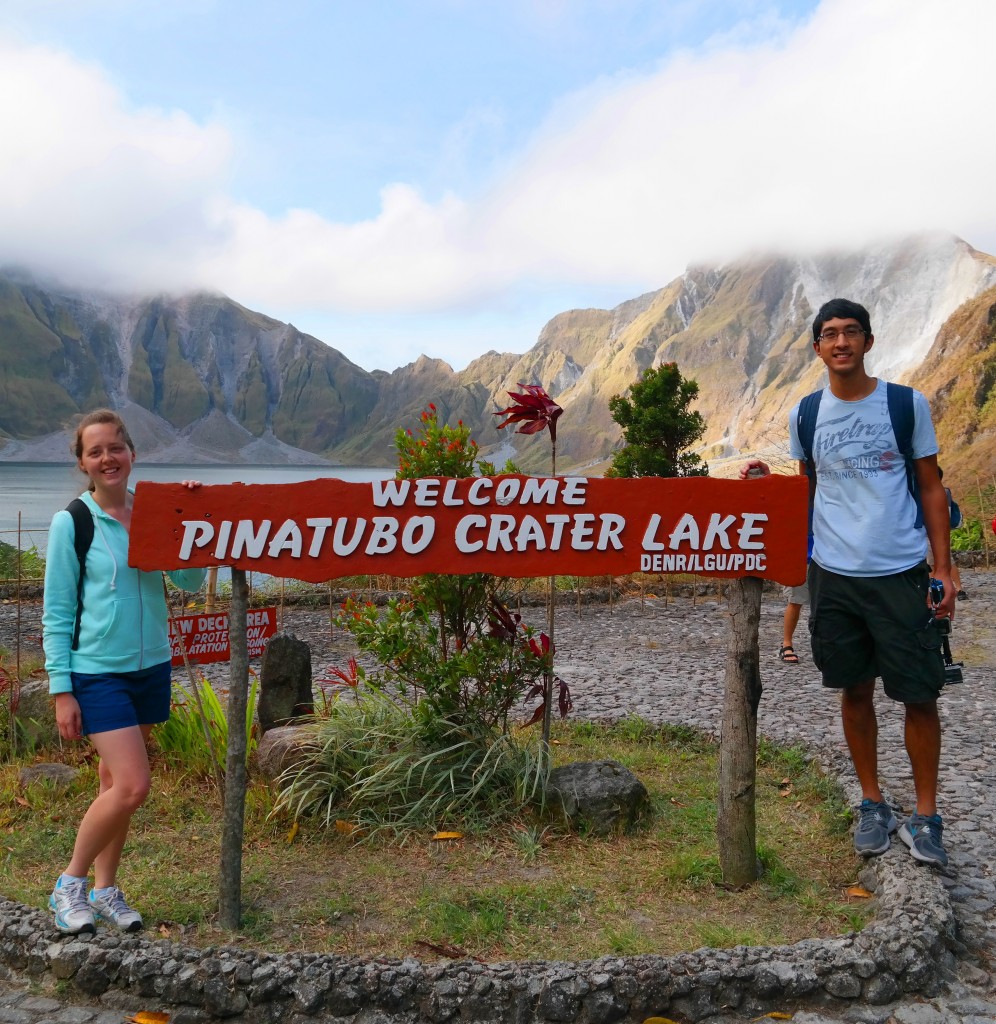 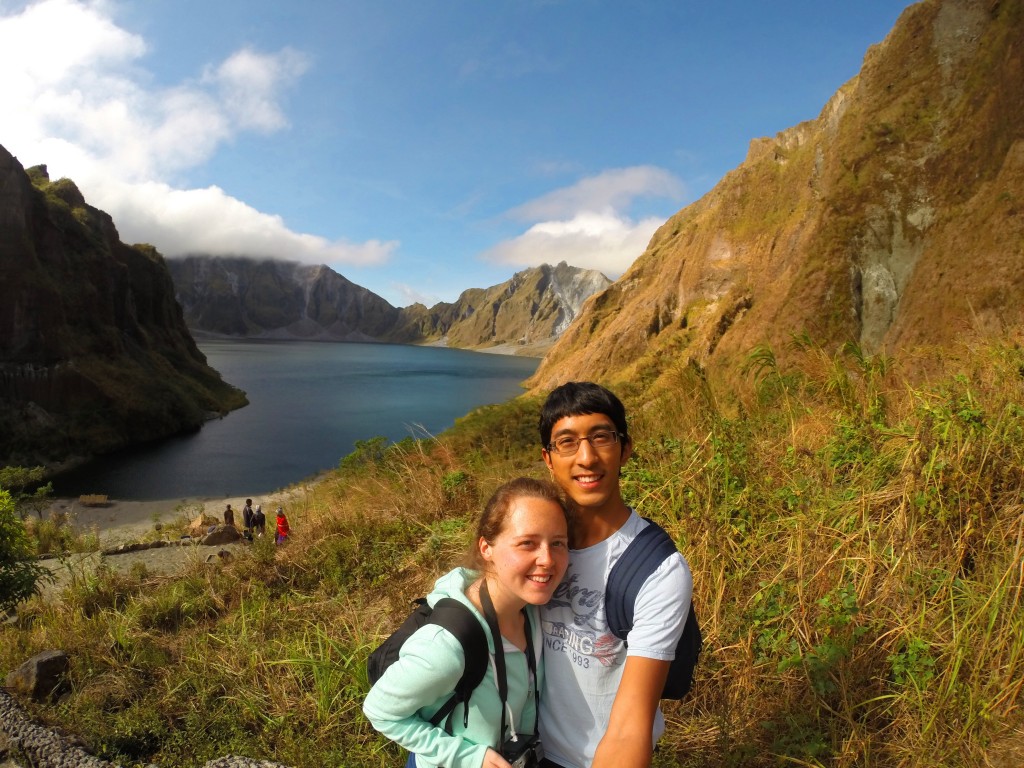 The walk itself was over rocky terrain and we followed a river which we had to cross several times with rocks that were slippery or loose in places however, we didn’t have any specialist equipment and managed just fine in our trainers, we saw many people just wearing sandals. Also there are kids in the town selling bamboo sticks to help you on your trek if you think you’ll need them. 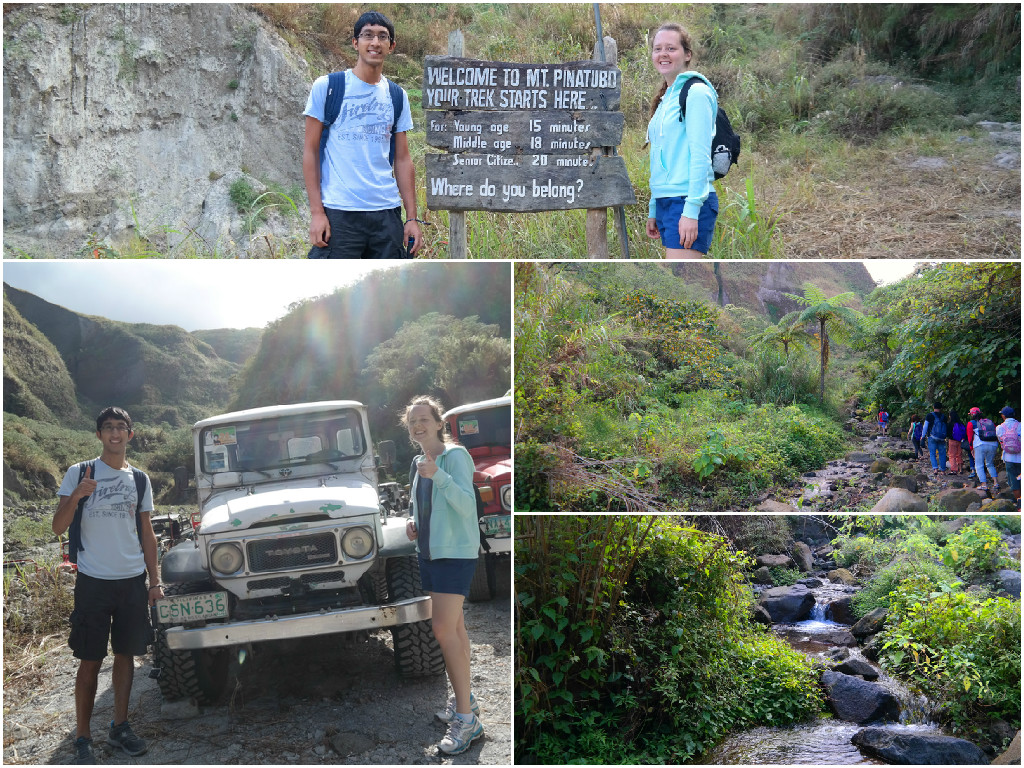 When you arrive at the crater the view is breathtaking and you can see ash-coloured cliffs with such blue water in the lake and surrounded by green; but we all know a picture says a thousand words… 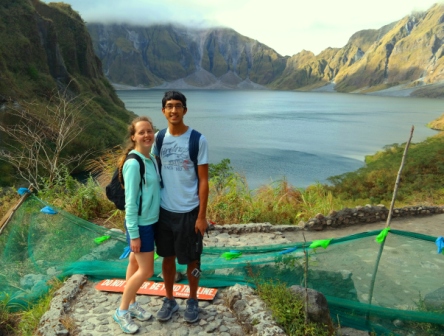 Coming back down the mountain was worse than going up in the 4×4 as they went faster so we felt the bumps a lot more, Rhys did not enjoy the drive back down! We really enjoyed the trip to Mount Pinatubo and getting the chance to visit an active volcano was very exciting!