A few weeks ago, one of our friends organised a boat tour from Musandam, Oman.  We were pretty excited by this, as it sounded very similar to some of the island hopping tours which we had done in the Philippines earlier in the year. 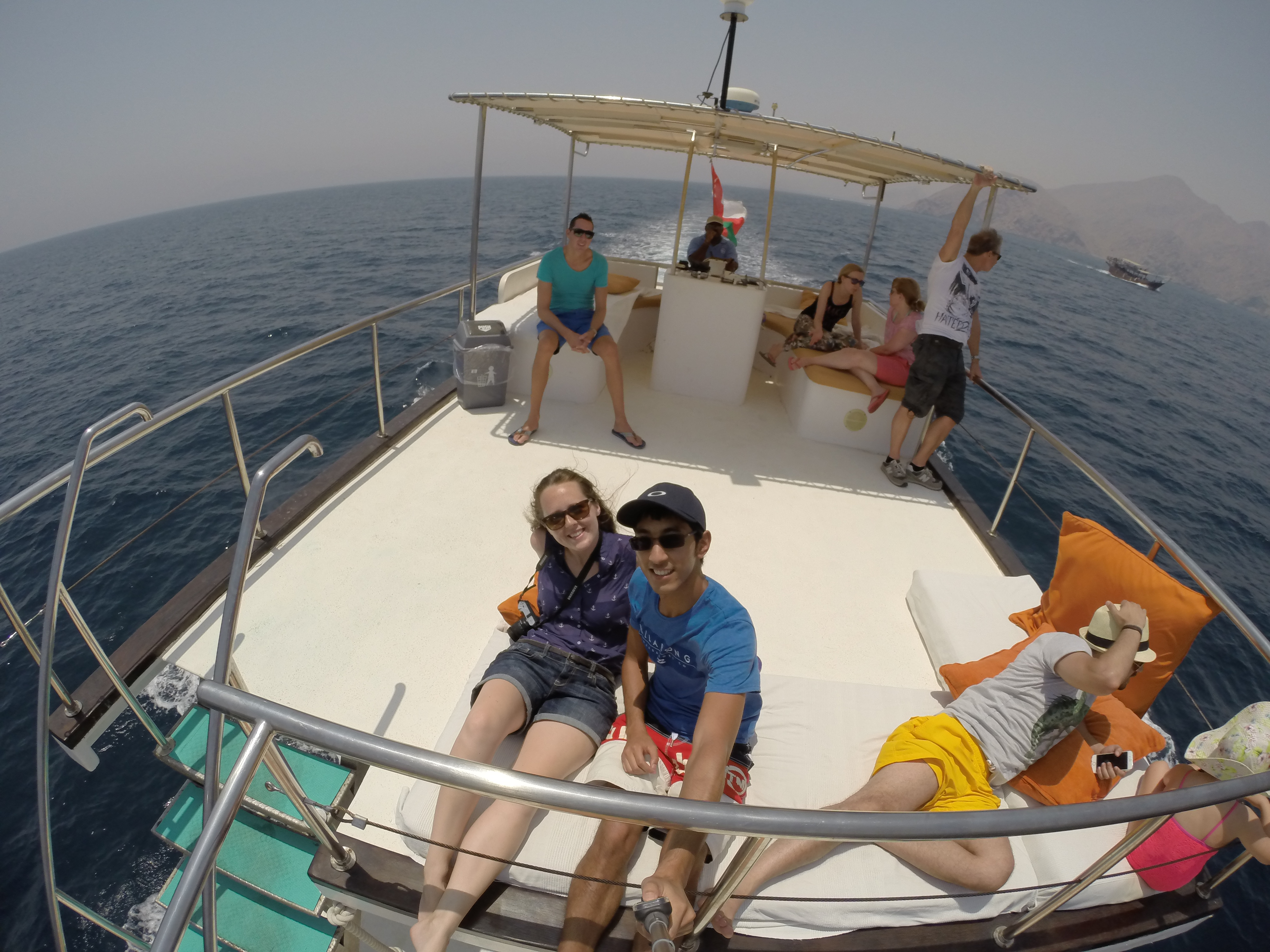 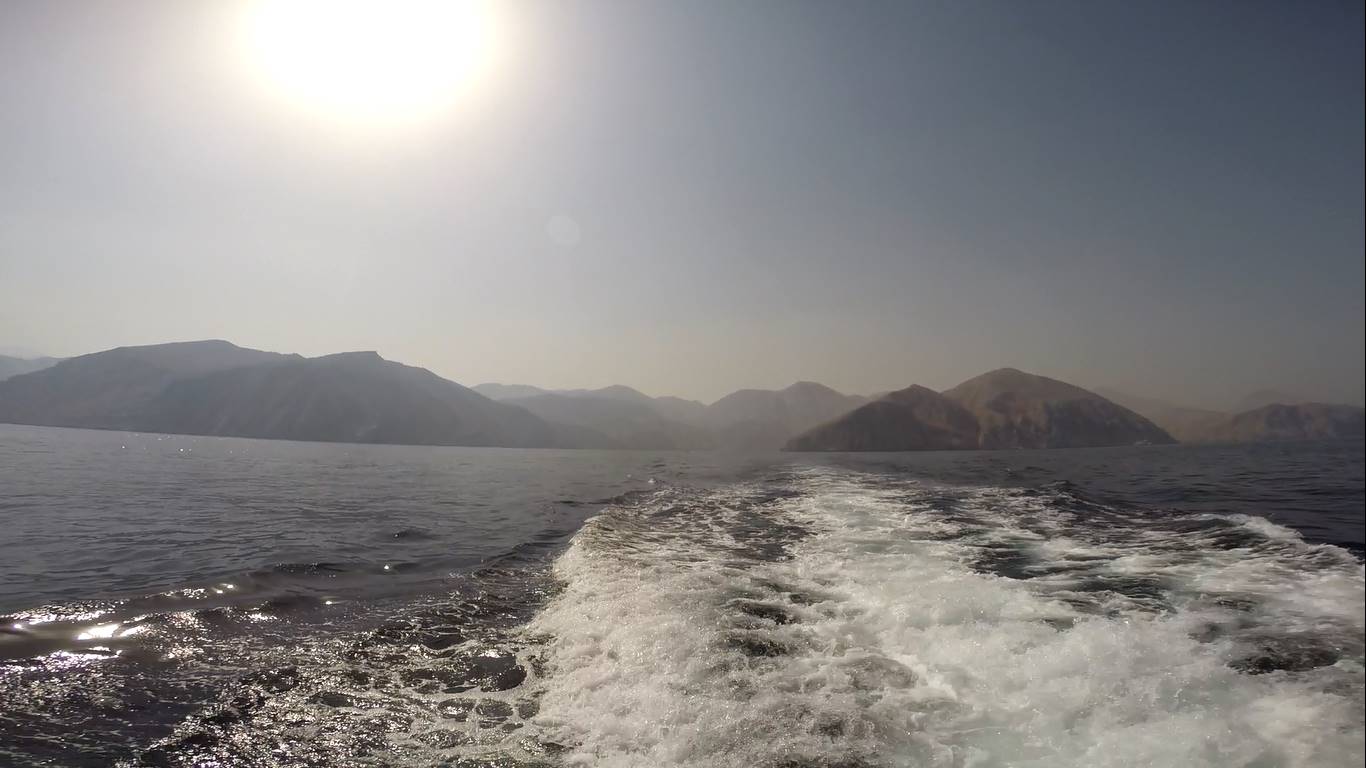 We drove in convoy to Oman early in the morning, which took a little under 2 hours. As we approached the border, it was nice to see some mountains and a bit of greenery instead of the usual flat desert you see around Dubai. After passing through the border, a couple minutes’ drive later we were at the harbour where we met with the others (there were around 15 of us in total), checked in and boarded the boat. 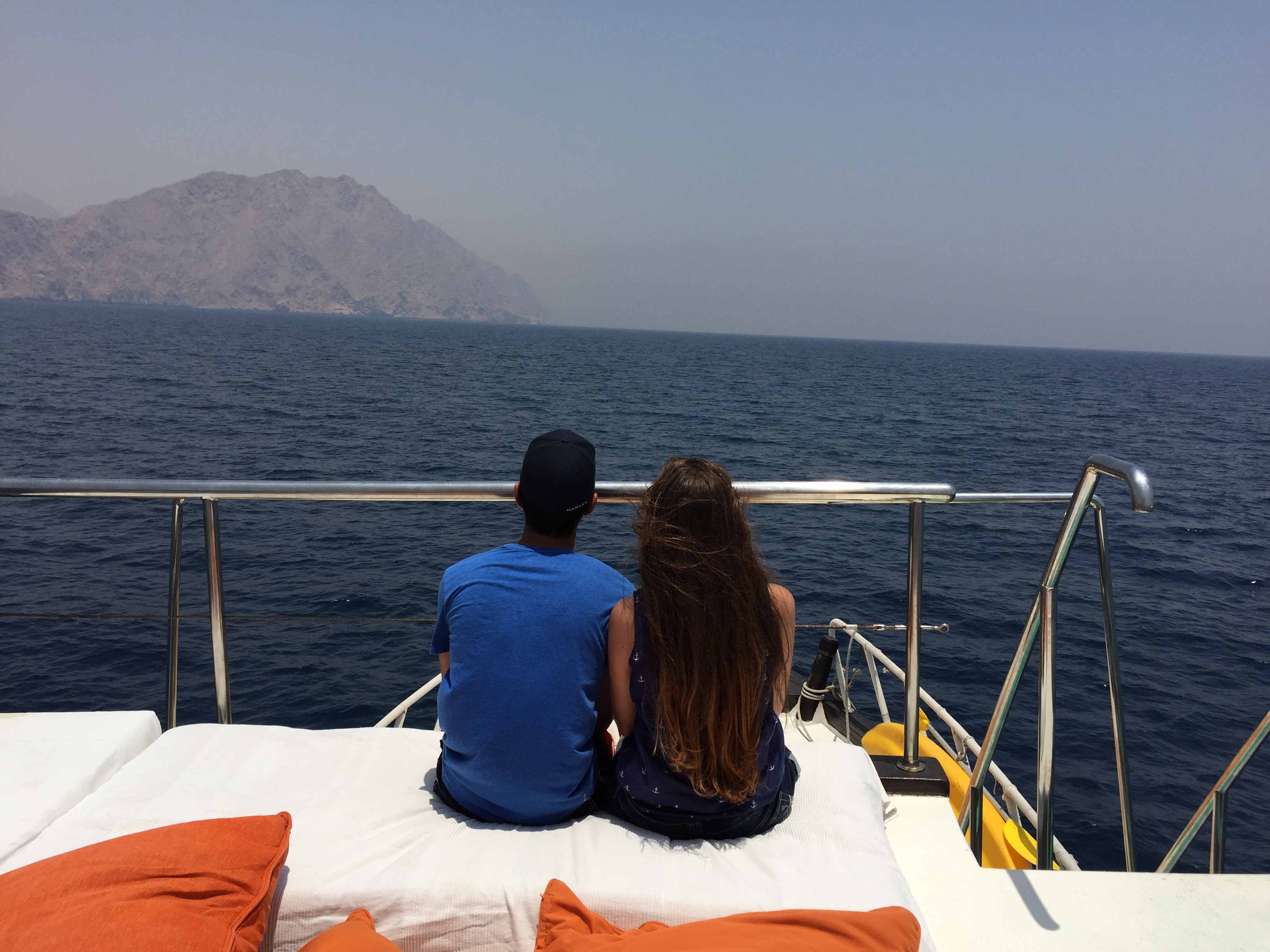 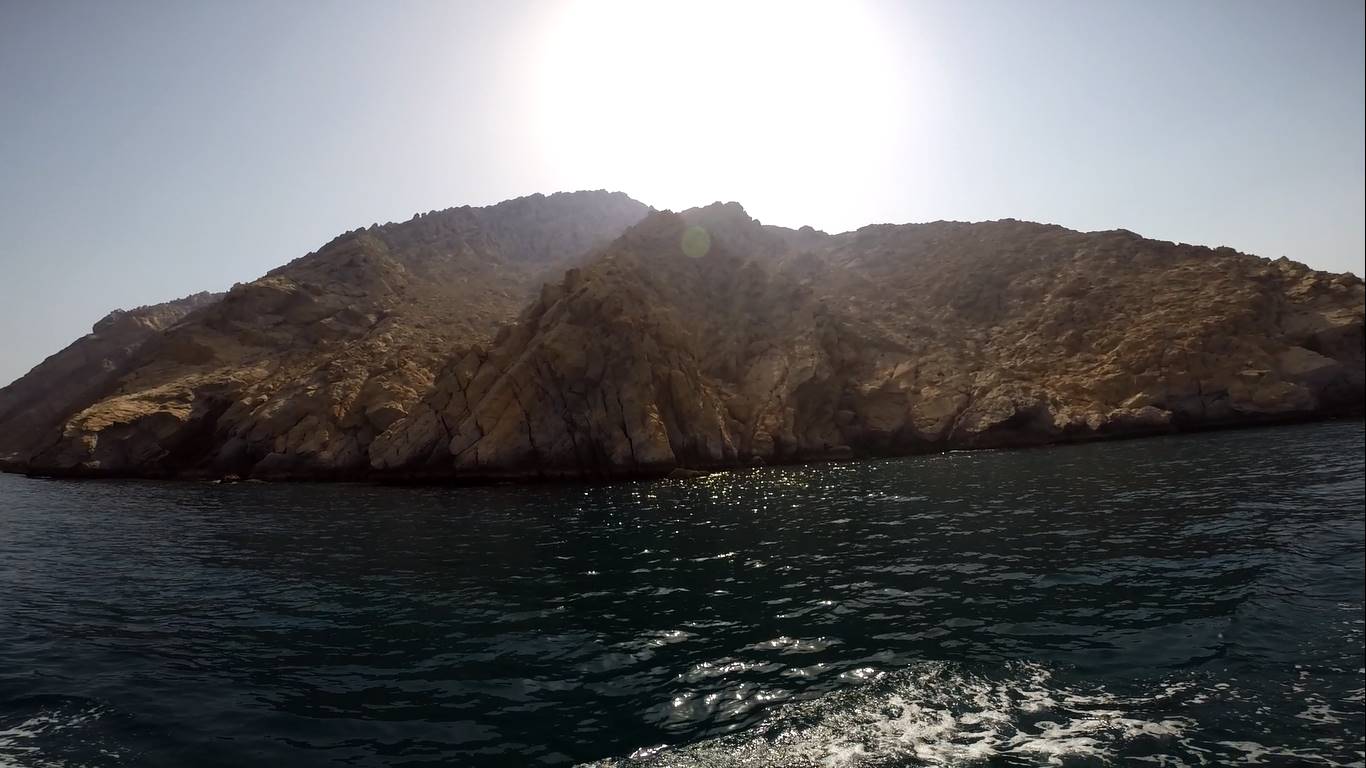 The captain sailed us up the shoreline for around 1 hour, past the beautiful mountain coastline and eventually stopped not too far from a secluded beach. We were here for a few hours, and enjoyed swimming and snorkelling in the salty sea. Halfway through the day, we also had lunch which was cooked on board by one of the crew members. This involved rice, chicken, various vegetables and humous. Nothing too special, but it tasted pretty good. 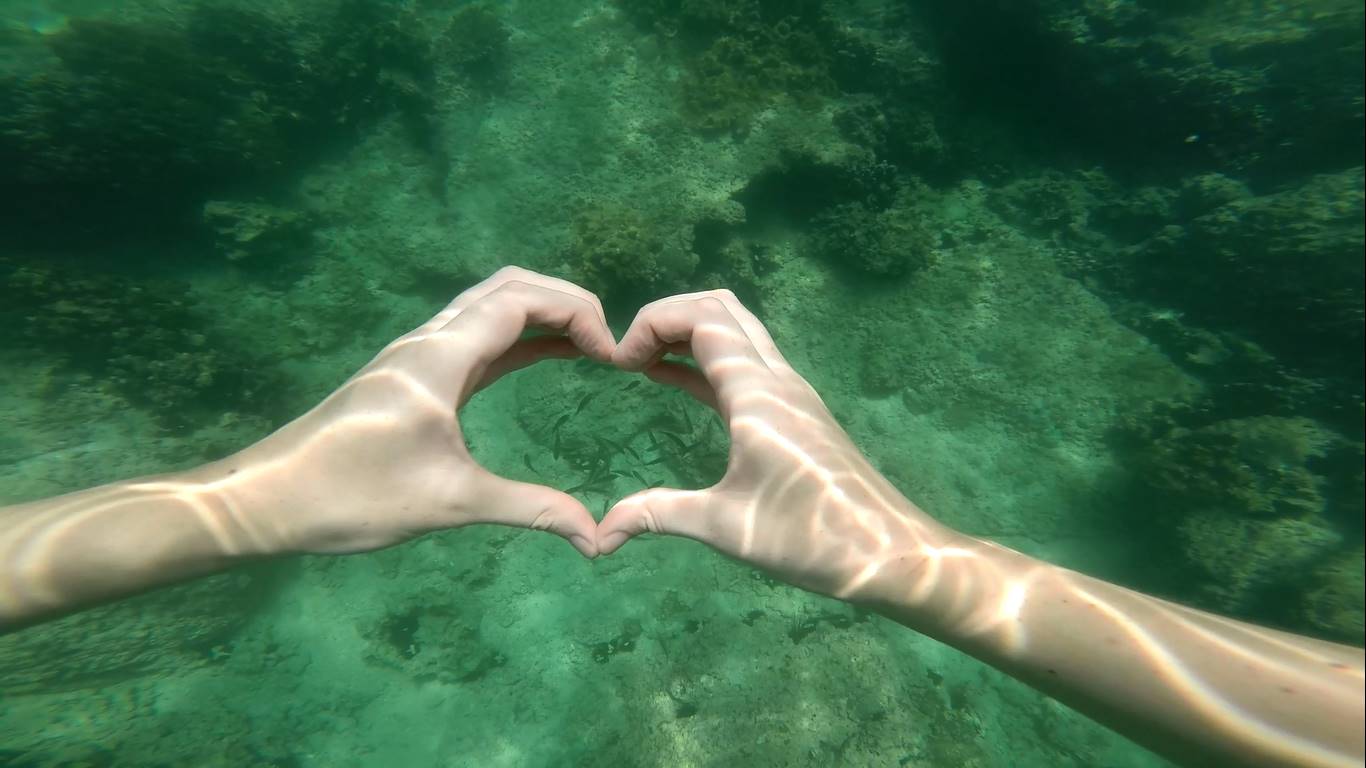 For some reason, I’d always wanted to jump off the top of a boat into the sea, and never really had the chance to do so. When we first moved to Dubai, we had been on a boat trip around the marina, but I had been a bit seasick so missed out, but not this time. A group of us all lined up to jump off the boat, which was a lot of fun, although on landing I always got a lot of salty water up my nose! 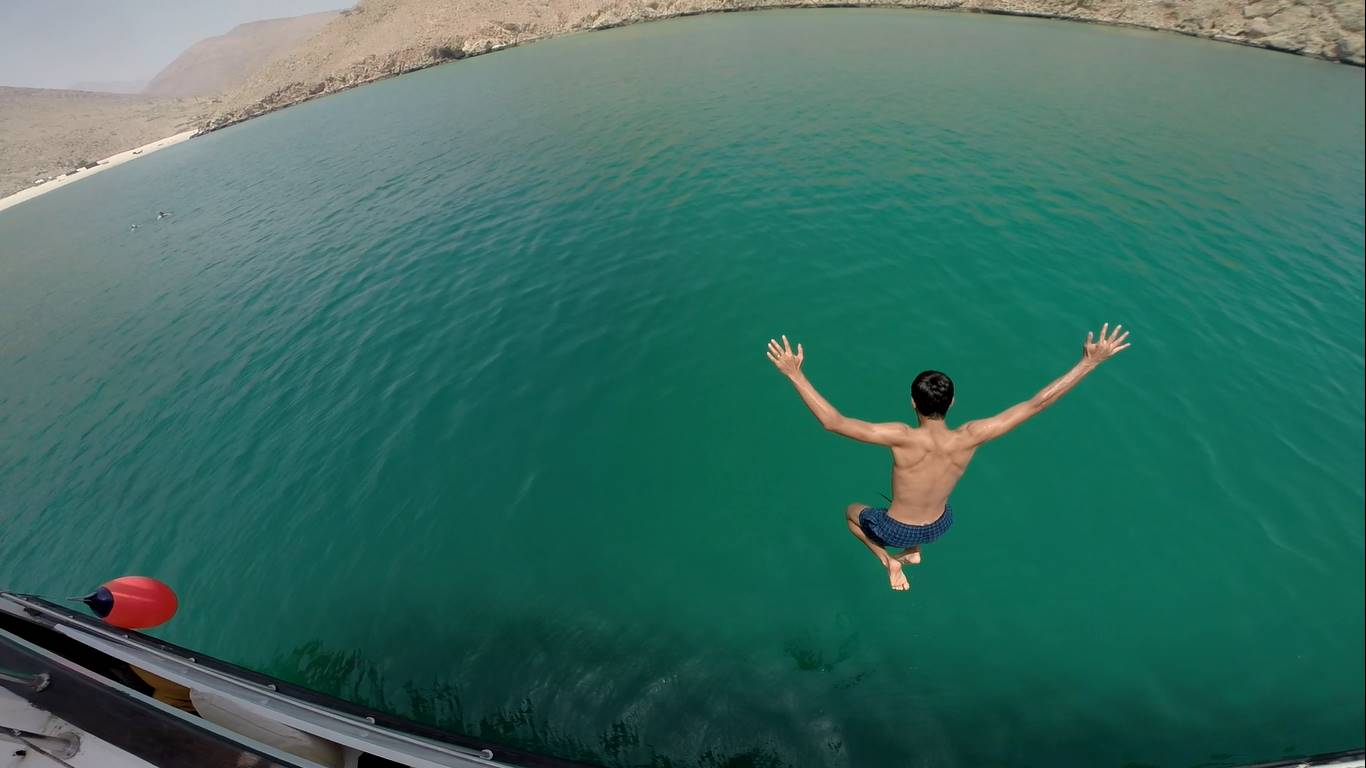 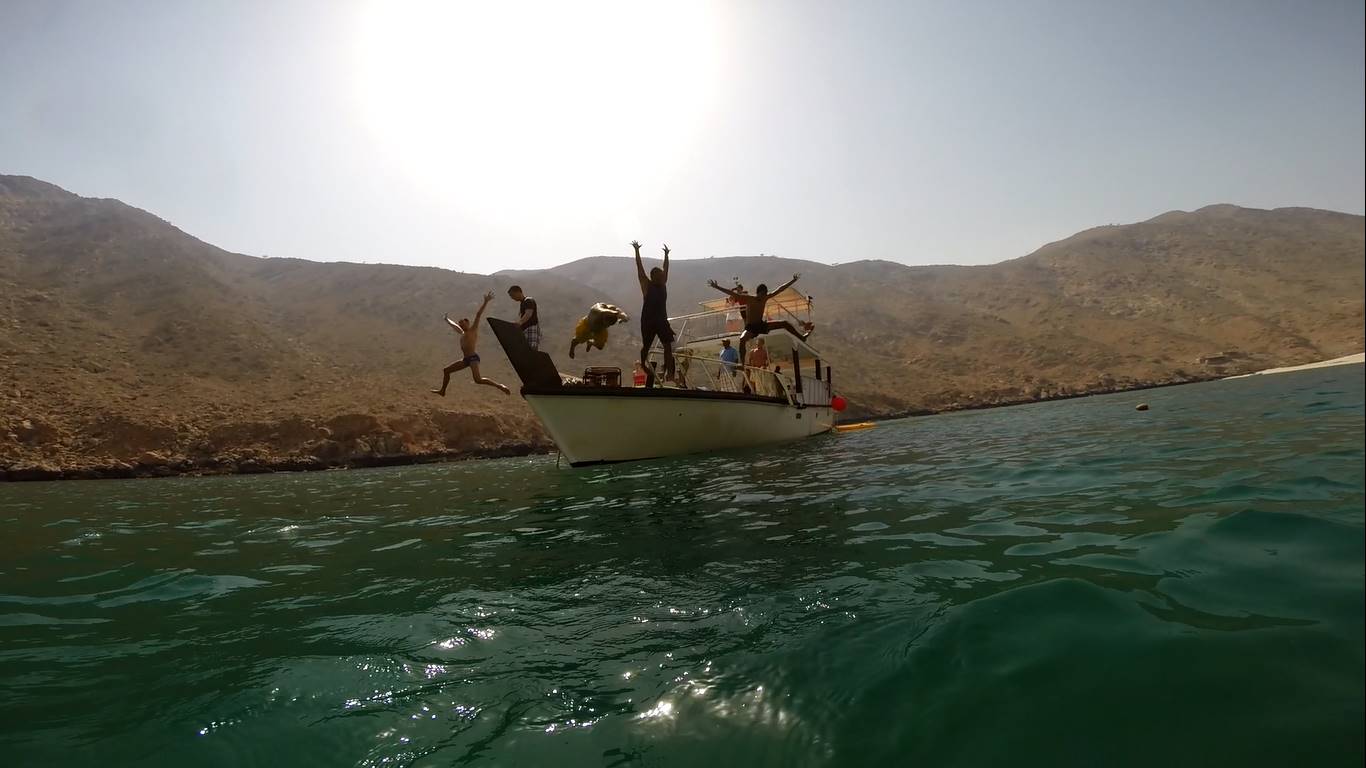 Following this, the captain took us out further into the sea, where we tried fishing. By fishing, I mean we had some coil on a reel and a hook on the end. I didn’t catch any fish myself, I think I’m a bit too impatient when waiting, but luckily a couple of the others managed to get some. By this time, although it was a “half day” trip, we’ already been out on the boat for a good 7 hours, so it was time to go back to shore. The sun was beginning to set, which left for some stunning views and this was a great way to end the day. We’d definitely recommend going back as there’s a lot of different tours including overnight tours and weekend tours, as well as dolphin tours. Tracey is really looking forward to seeing some dolphins or turtles, so we’ll have to try a tour where these may be spotted next time! 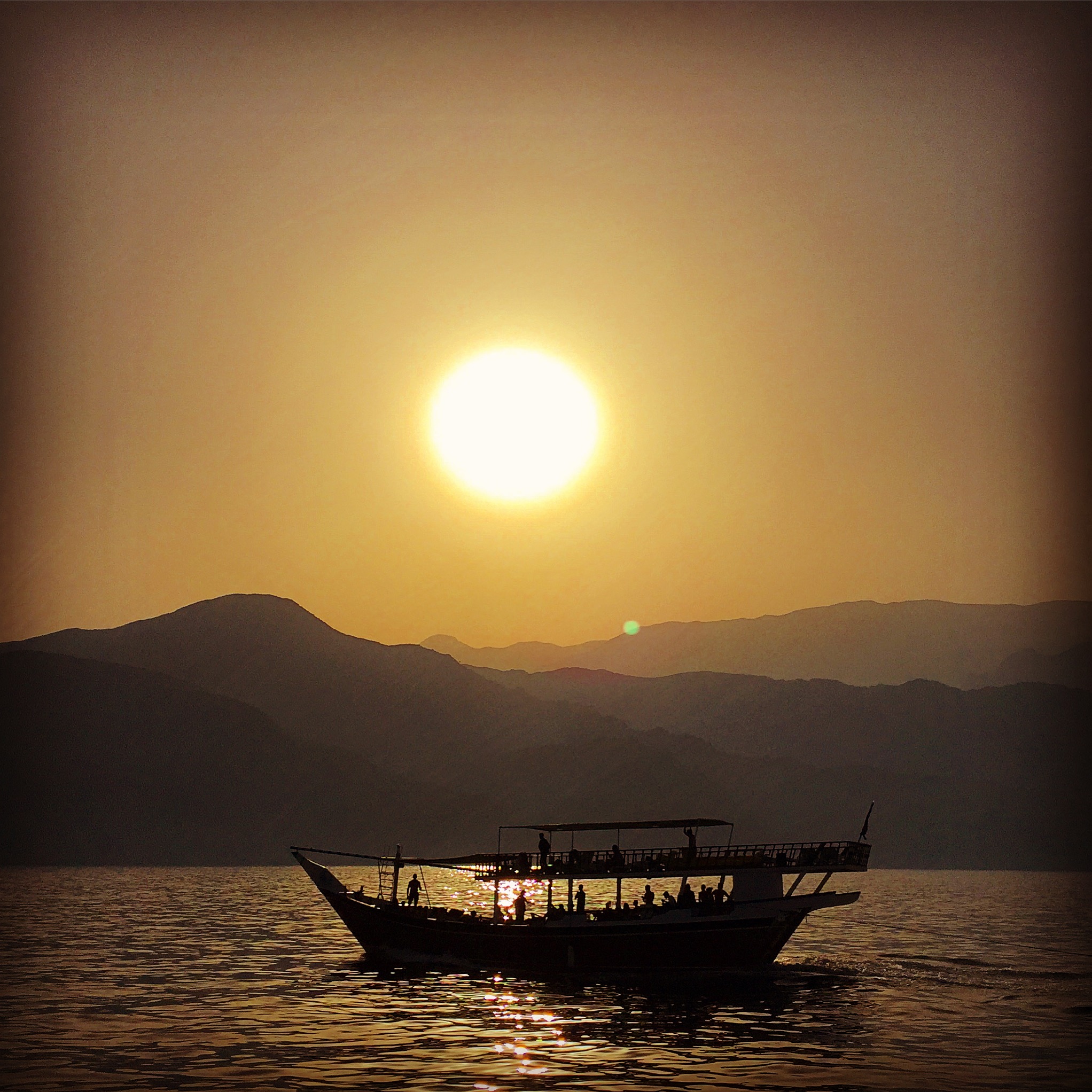