I was going to write a post with the details of our wedding but I started with the bridal party and ended up writing 900 words on some of the most brilliant people in our lives so I’ll split it into two posts. For now, this is the story behind our wonderful bridal party…

When I was growing up I always wanted a sister (I had two and then eventually five brothers) so I thought I was due a sister sometime! Sarah is my cousin who lived just down the road from me so we spent a lot of time together back in the day (including many days singing and dancing along to NOW…that’s what I call music albums!) and I have always felt she was like a sister to me so she was the obvious choice for my bridesmaid. It was also a huge bonus that she is one of the most helpful and selfless people EVER so she could definitely handle Bridezilla! And if she had a bad time being my bridesmaid I could just call it revenge for the time she tipped the slide over when I was at the top of it.

The next obvious choice was my little sister Molly (she came along and rescued me from all those brothers about seven years ago) who was 100% going to be my flowergirl, whether I actually asked our not. I used to tell Rhys we’d have to get married soon before she’s too old to be a flowergirl… it seems he finally took the hint but his revenge was moving me halfway round the world 😉 Being my only sister I think Molly and I have a special bond so I was super excited to ask her to be my flowergirl and even had props i.e. a Princess tiara, because this Queen-for-a-day needed a Princess to help her. #Cheesy 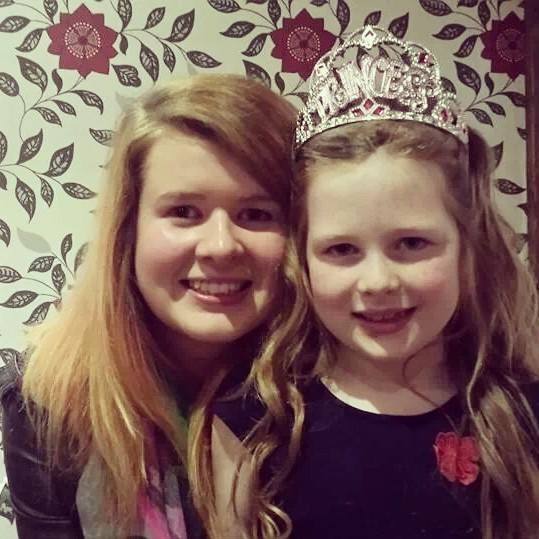 Rhys has known Nick since high school and every day they would meet up to listen to Busted, Oasis and Stereophonics and skateboard together #Bromance. Then every Tuesday at college Nick would take them on a romantic drive to McDonalds. Fast forward six years, Rhys and I moved to London and found a house-share with Nick. Over this year and a half the Bromance blossomed and I think they really enjoyed living with one of their best friends. With a long friendship behind them Rhys knew for a while that he would ask Nick to be his best man. Nick arrived in Northern Ireland a few days before the wedding and was super helpful when I almost had a meltdown with all the things to do and I abandoned him and Rhys to tag and group the favours, cut out the table plan and other bits and pieces. He also gave a great speech on the day and didn’t try to embarrass us at all, apart from backing up Rhys’ serious gaming addiction. Nick was also part of the inspiration behind Our Wedventure, as around the same time Rhys was offered a job in Dubai, Nick had decided to go travelling; keep up with Nick and his girlfriend here. 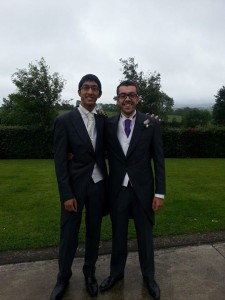 Initially I was going to have my three younger brothers in the bridal party as ushers and a page boy but then I decided I wanted all my brothers to be involved. They are obviously a huge and important part of my life (it always shocks people when I tell them how many brothers I have) – Kyle and Sam have always been there for me, whether for advice, help or just taxi-ing me around and I have seen Ben, Kris and Jack growing up from little babies into these young men in suits! I really wanted them all to be a part of our day, all dressed up in suits and there for me and Rhys. To welcome another brother into the fold we had Rhys’ older brother kitted out with the rest of the bridal party and he acted as our witness. Now when I see this photo of all my brothers and I it makes me so happy and I know I was right to have all of them involved.

My parents (well family in general) are thee most important people to me in the whole world and I am lucky enough to have four parents; my mum and her partner, my dad and my stepmum AKA The Wicked One. (Disclaimer: She is not actually a wicked stepmother). My parents have always been so supportive and were right behind us for the move to Dubai so we tried to involve them all in the day. Of course my dad walked me up the aisle and gave me away but my two mums actually led the bridal party up the aisle (followed by page boy, flowergirl and then Daddy and I) and my stepdad was at the venue early with the ushers and grooms party welcoming guests. I then had all four at the top table with us, Sarah, Nick and the groom’s parents. Rhys’ parents have always been so welcoming and have treated me like their own daughter for as long as I can remember, when we were in England I always felt good knowing they were only a drive or train journey away. Plus they gave me Rhys so I definitely owe them 😉 This photo is my dad and father-in-law the night after the wedding and I absolutely love it! 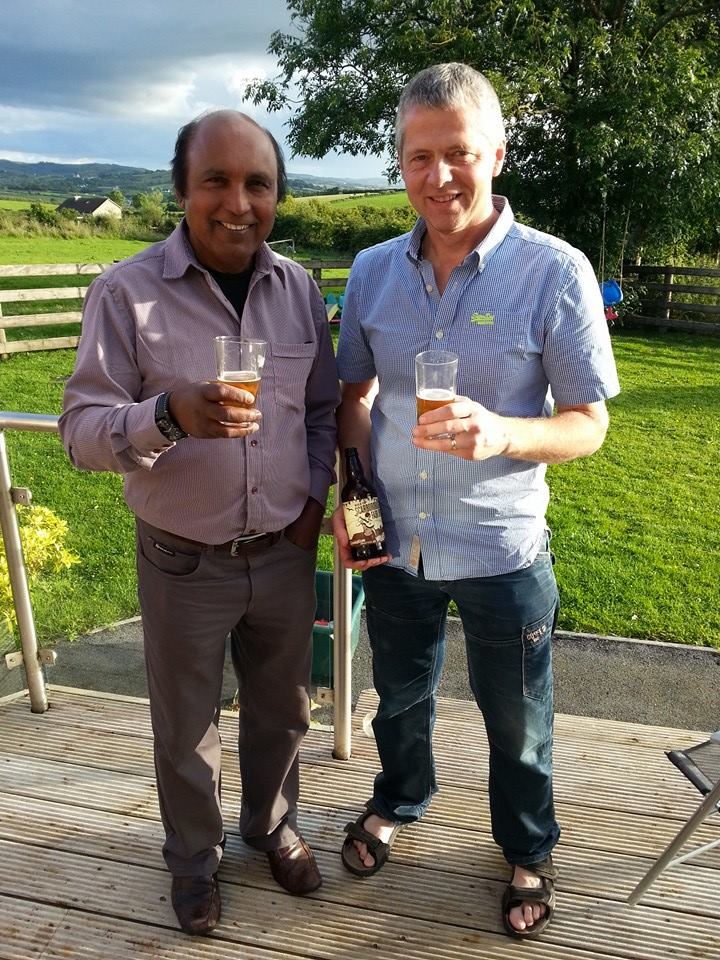