On February 10th 2017 it was the 11th edition of the RAK Half Marathon, known as the world’s fastest half marathon and where history was made this year with a new women’s world record time for the half marathon, I was only 66 minutes slower 😉 Both Rhys and I took part in the run but this is my side of the story….

RAK Half Marathon – The Race

We arrived at the race village just before 6am after leaving our hotel on a shuttle bus at 5.15am, the race village was already busy and while we waited to line up for the start of the race we caught a beautiful sunrise over the corniche: 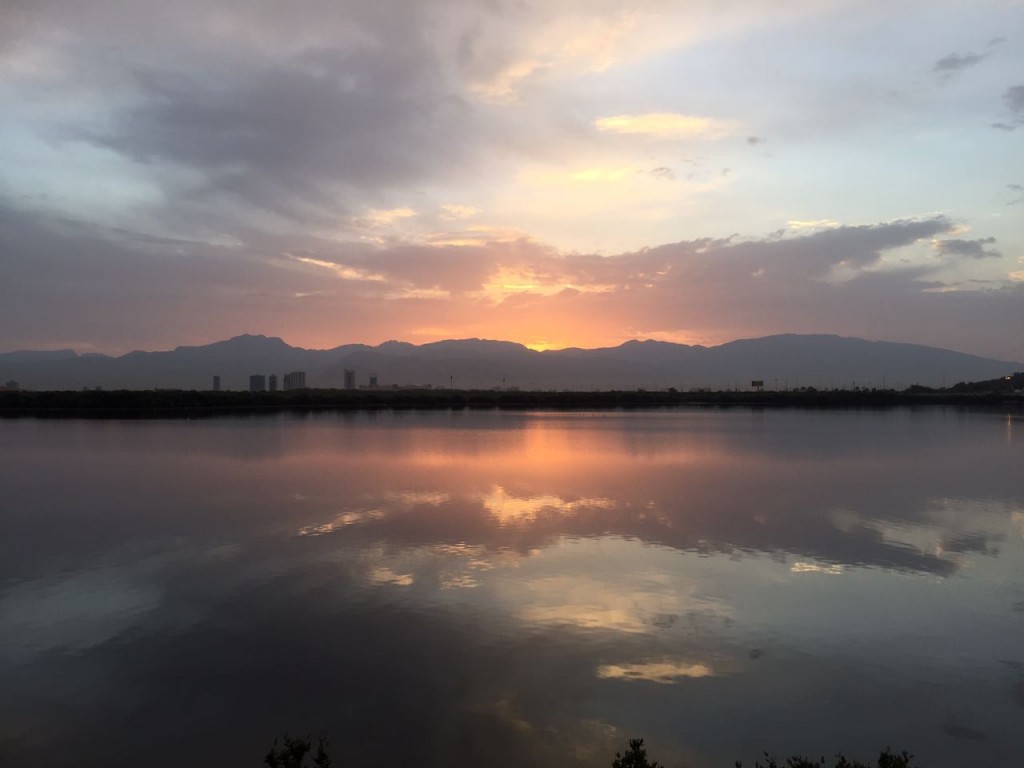 We were due to start at 7am but ended up starting a little late around 7:10am, the course is pretty flat, which is probably what makes it achieve the “fastest half marathon” tagline with only a few, very gradual and low inclines. This was my first time running RAK Half Marathon so I’m not sure what the course was like previously but they had set a new course this year.

On our way through RAK on Thursday evening we noticed some signs from the race and could see there were a lot of long stretches that then turned back on themselves, which you can see from the course map. I thought this and the lack of scenery would make the run a bit dull but coming up to each u-turn I kept myself busy looking out for Rhys who was ahead, there were a lot of people cheering each other on from either side of the road and inside my head (at least I hope it wasn’t out loud) I was singing along to my music!

Up until about 6 kilometers I was feeling great and was really enjoying my run but then I started to get a pain in my knee, which thankfully didn’t hold me back during the race but was one of many pains afterwards. At 10k I realised now was the time to speed up to get a negative split and achieve my goal finishing time so I started to increase my pace and felt good until 14k when I had some jelly beans for a little energy boost. It had been cool and raining during the week prior to the race so we were expecting a cool morning in RAK but after 8am it started getting quite hot. After passing the 15k mark you run past the start line where there’s more of a crowd to give a boost and run out one long stretch along the corniche until 18k, it was around 17k that I started getting tired but I knew I was on track to finish on time and I managed to keep pushing myself after the final u-turn with music turned up a bit louder and a sprint over the last hundred metres towards the finish line! 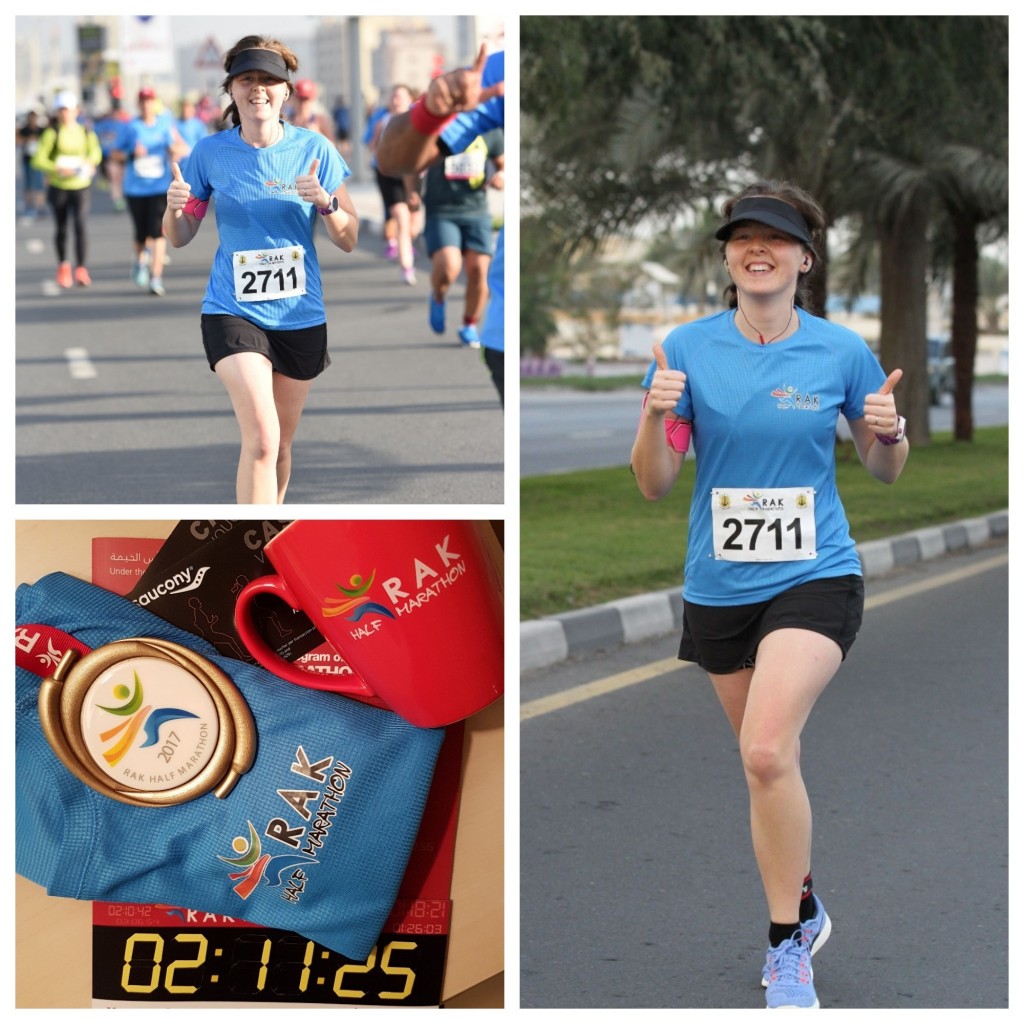 I am SUPER HAPPY with my results and was so pleased with myself during and after the race. I did not think I would feel genuinely happy running for such a long time but I honestly enjoyed this race, felt great most of the way and stayed positive throughout.

My first, and only other, half marathon was the Great North Run in Newcastle, England in 2012, which was the year I actually started running. Since then I’ve been very inconsistent with my running practice but I think the last 3 months or so has seen my biggest commitment to running and exercise in general and I was so pleased to finish the race in 2 hours, 11 minutes and 25 seconds which was over 13 minutes faster than the Great North Run. In the last 6 months I have been doing a combination of cycling, crossfit and yoga alongside running which have all helped me develop the strength and perseverance to run faster and for longer.

Here are my splits which I managed to keep quite steady, achieved a negative split and ran fastest in the last couple of kilometers. I can’t believe that last year some of my runs were over 7min/km and I completed a half marathon at 6.10min/km!

I am so excited to sign up for more half marathons at the end of this year and hope with even more dedication to running I will get a sub 2 hour time. And RAK Half Marathon, I’ll see you again next year!