We spent a weekend at the Shangri-La in Muscat as an early anniversary trip. I also needed to get a new tourist visa so it was a great excuse to escape Dubai and head to Oman for a few days. We flew with Oman Air to Muscat on a Thursday night and arrived at the Barr Al Jissah Shangri-La resort just after midnight, it was about 20 minutes drive from the airport. The flight was around 40 minutes and Rhys struggled with his long legs in the limited legroom, but that was soon forgotten after a nightcap at the Piano Lounge. 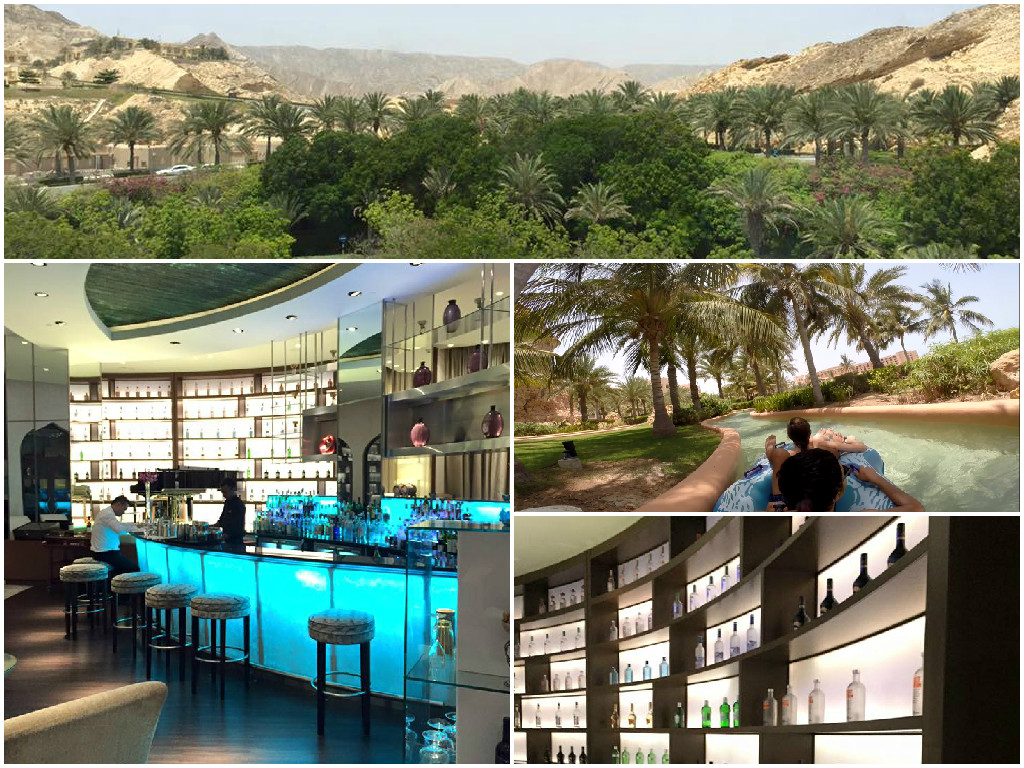 We woke up on Friday morning and were thrilled to see the view from our room! We were in the middle of the resort looking out to sea, it was beautiful. The resort has three hotels, one of which has a private beach, and we stayed at Al Bandar in the middle. We headed down for breakfast which was included in our room rate and then spent a few hours between the pool and in the sea. The highlight of the resort was the lazy river that flowed between two of the hotels, it was such a relaxing experience and we enjoyed a few trips floating around. There’s a bar by the pool from which you can order drinks and food to your lounger. Later that day we had drinks at Bait al Bahr and then tapas for dinner. 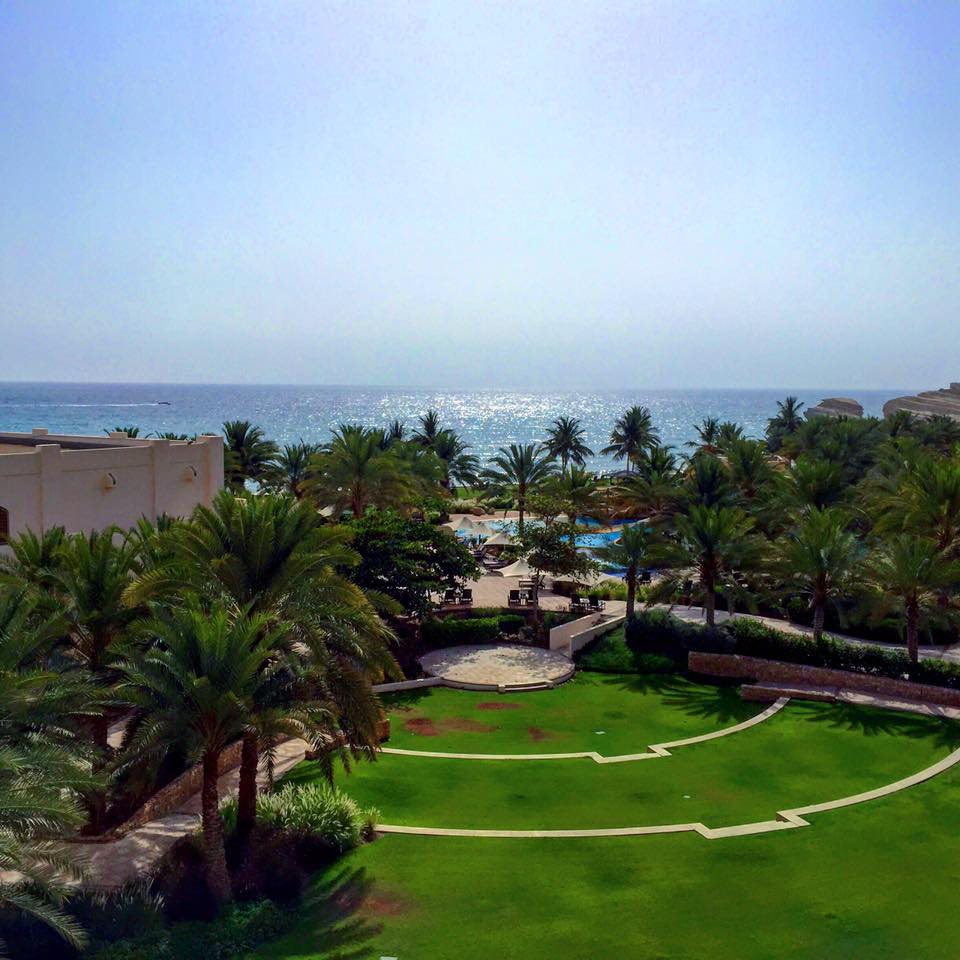 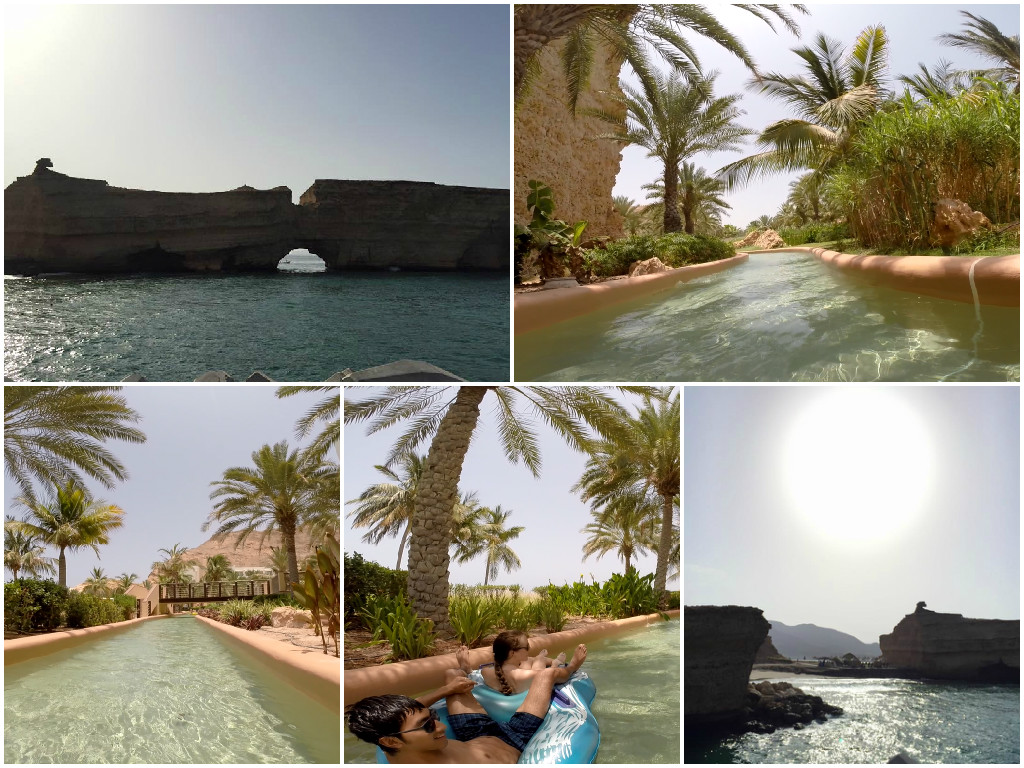 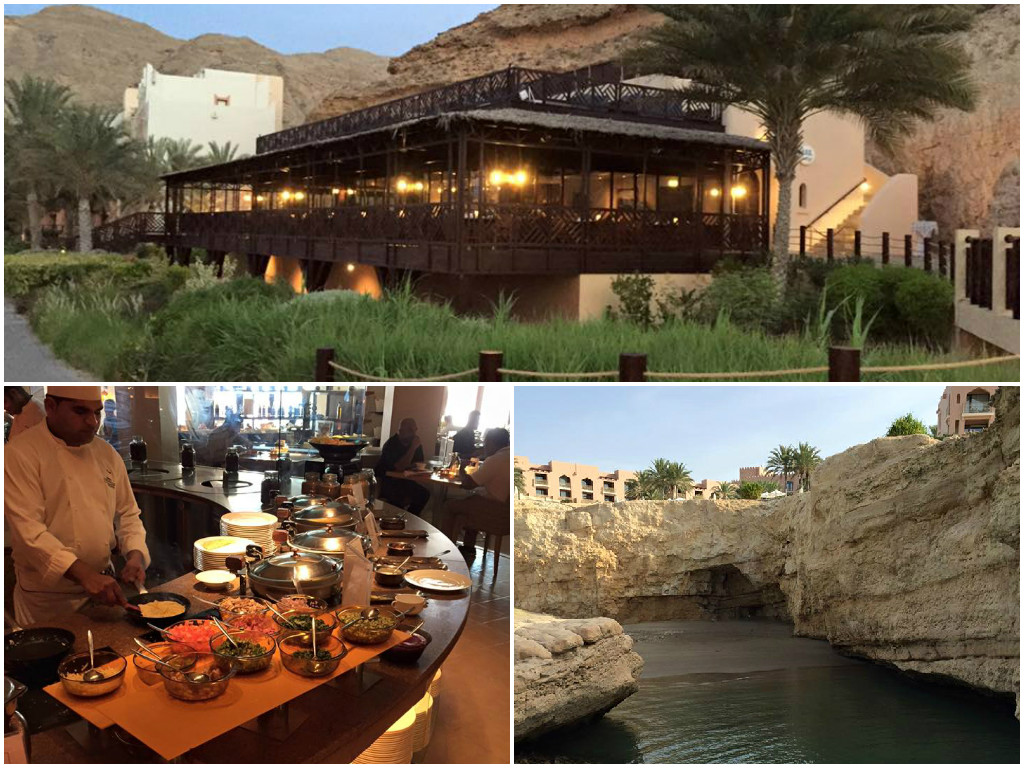 On Saturday we also had breakfast and a buffet lunch at the Al Tanoor. We opted for late check out (which was free) so we could enjoy another trip around the lazy river and still get freshened up in our room before leaving. At the resort there is also a souq which we went to explore, however we were the only visitors there so it was very quiet.

They have turtle nesting on the beaches and if you let reception know you’re interested in seeing the turtles hatching they will call your room to let you know when it’s happening, unfortunately no baby turtles hatched while we were there. They also have watersports and you can go out dolphin watching on an early morning boat trip. We thoroughly enjoyed our weekend at the Shangri-La in Muscat and it was a great place to unwind and escape the rapid pace of Dubai for a few days.