On our last day in Palawan we were back in Puerto Princesa and ready to explore the Underground River, one of the New 7 Wonders of Nature. We got up at 5am to be collected by our guide at 5:30, what a struggle! We did a tour of hotels picking up other guests and were on the road to Sabang in the west of Palawan at 6:30am. The road is like a rollercoaster with lots of twists and turns but I claimed the front seat so I wouldn’t get travel sick and the beauty of being up so early was seeing the sunrise in the mountains as we drive. 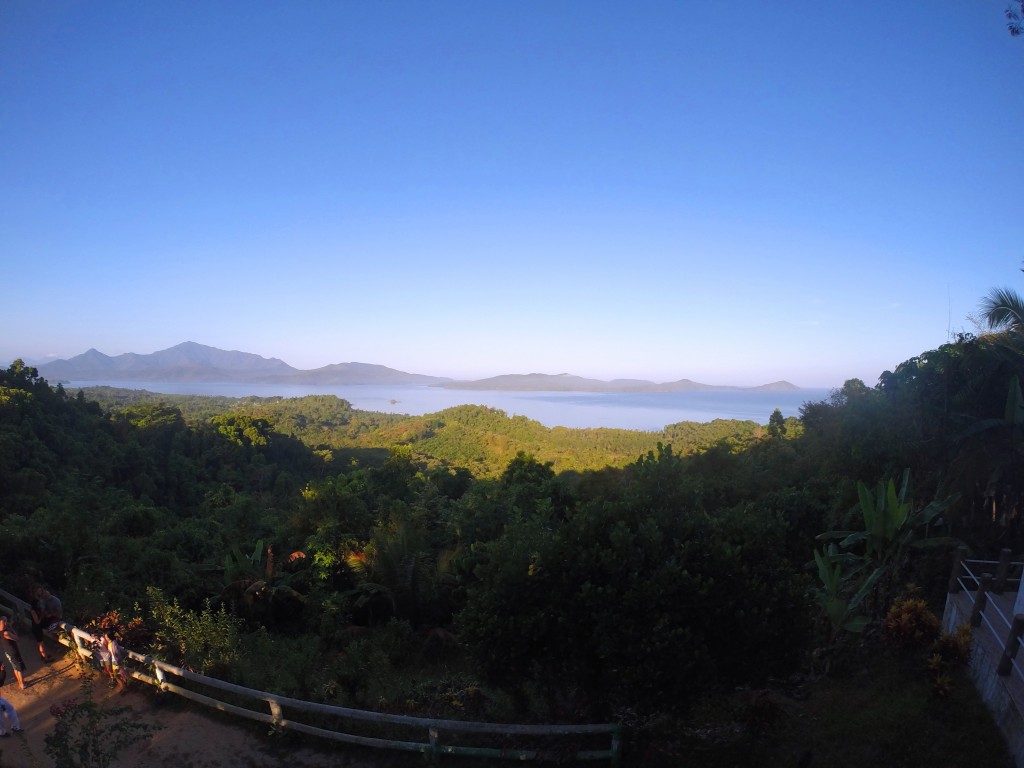 En route we stopped at Buenavista viewpoint for food, bathroom break, picture taking and souvenir buying (if you want), this is around 30 minutes from the Underground River. We arrived in Sabang at around 8:15 where our guide sorted the boat for our trip to the national park which is 22 hectares including St Paul’s Mountain. There were lots of women selling hats which you couldn’t even wear inside the Underground River cave as you have to wear a helmet but they know tourists have been spooked into thinking they might get hit with some bat droppings! We were one of the first boats to leave (if you have proof of a flight on the same day you can get priority if there’s a queue). From Sabang we had a 20 minute boat trip to the Underground River National Park, again with scenery to admire on our way. When you arrive in the forest you can find many species of birds and you’re warned about the macaque monkeys but we didn’t see any, we did manage to spot a peacock and monitor lizards though. 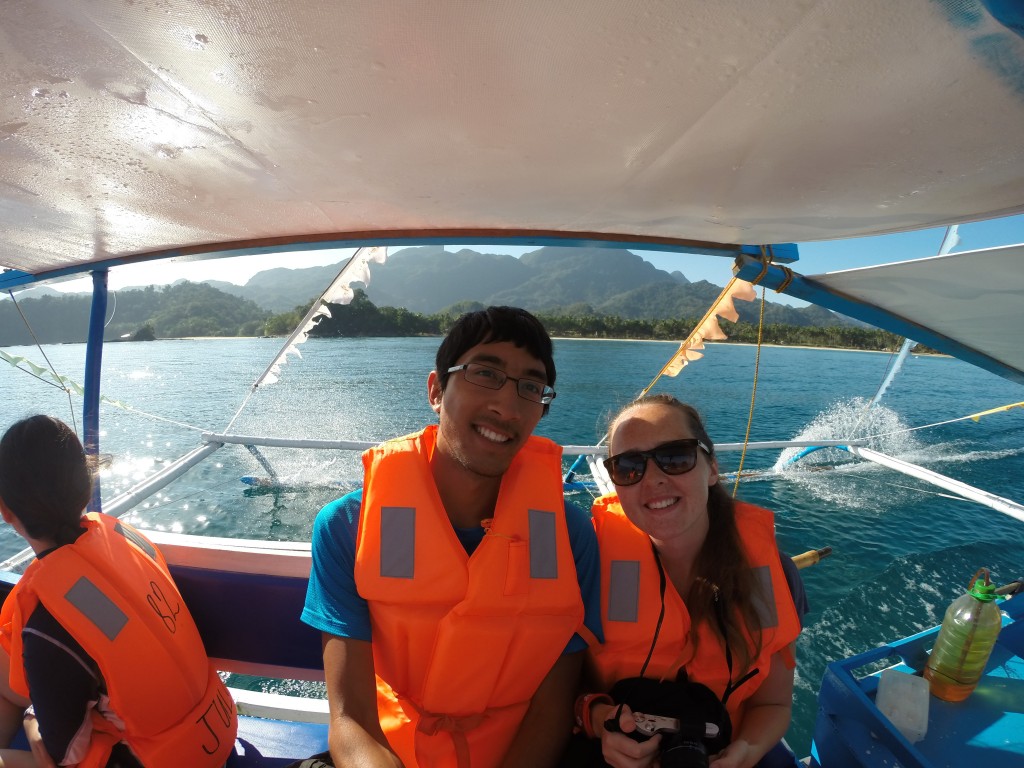 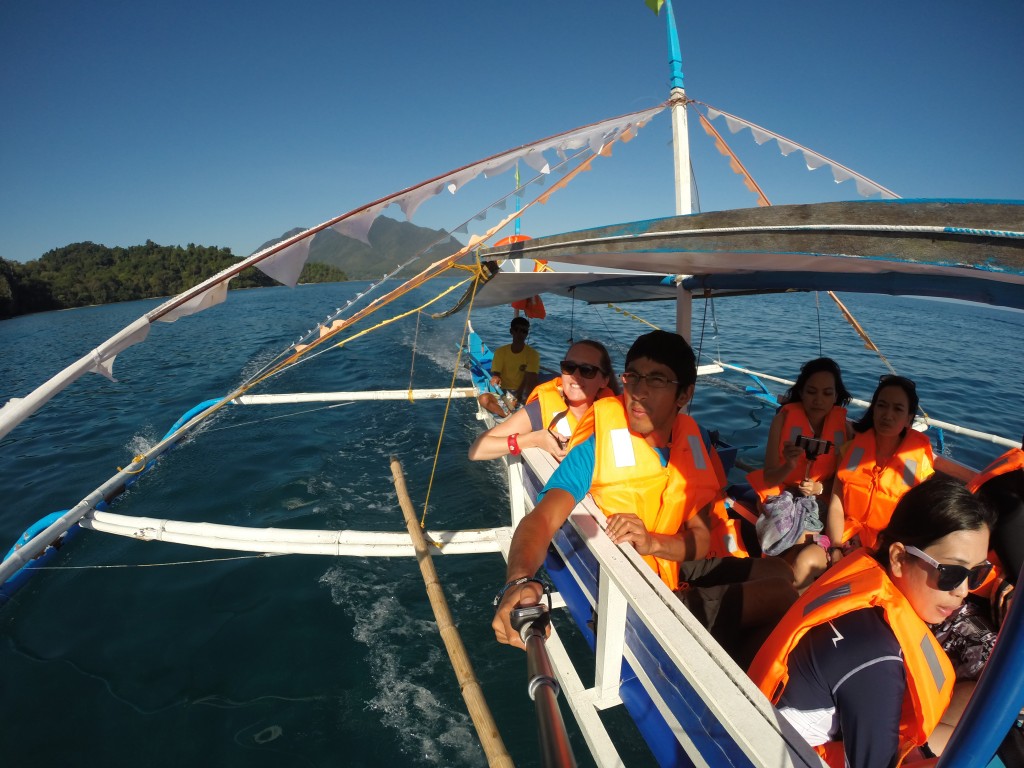 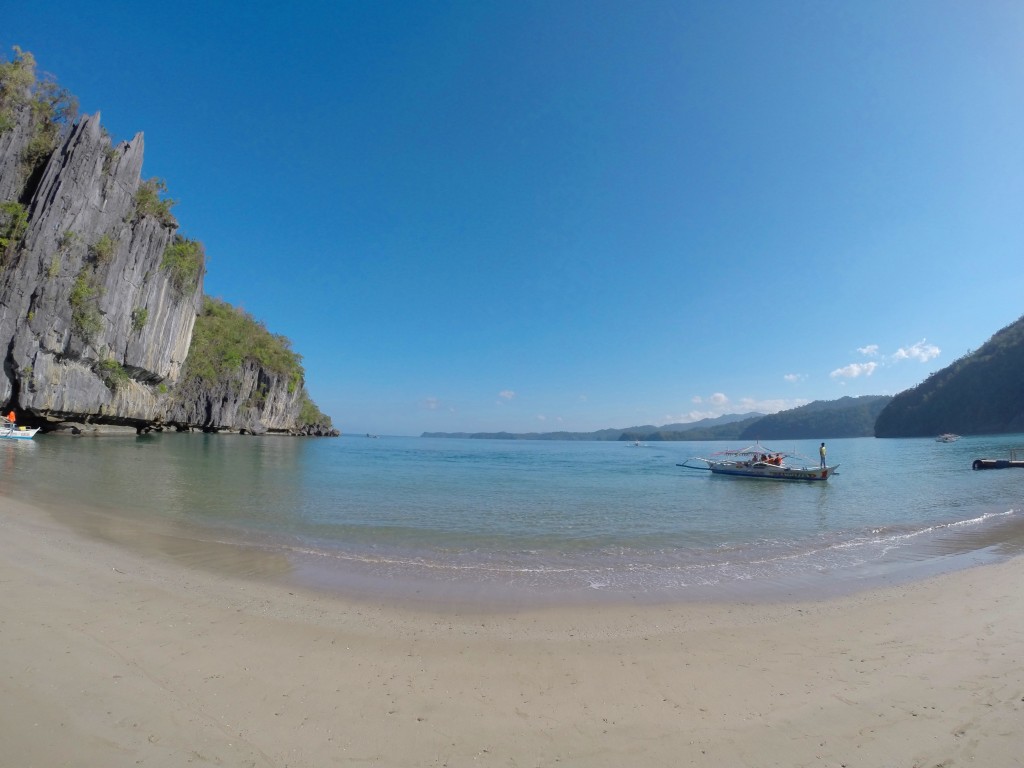 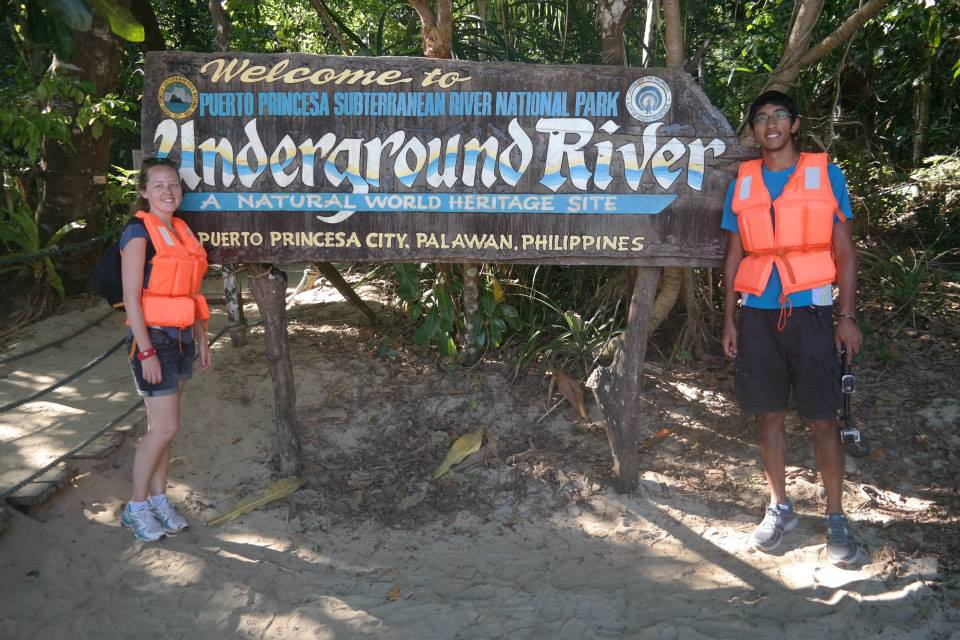 We got in another small boat to enter the cave, the accessible part of the underground river is 8km long but tourists can only visit 1.5km. The beauty of the Underground river is all the formations of stalagmites and stalactites and other rock formations that are said to look like many figures including the Virgin Mary, Joseph, Pegasus, different vegetables etc. Bats hang from the ceiling and if you’re hit by a warm, sticky droplet instead of a cool wet drop of water… unlucky! It was impressive to see all the natural rock formations inside the cave however, what you can actually see depends on where the person at the front of the boat is shining the spotlight and unfortunately our picture taking was also a bit rubbish. 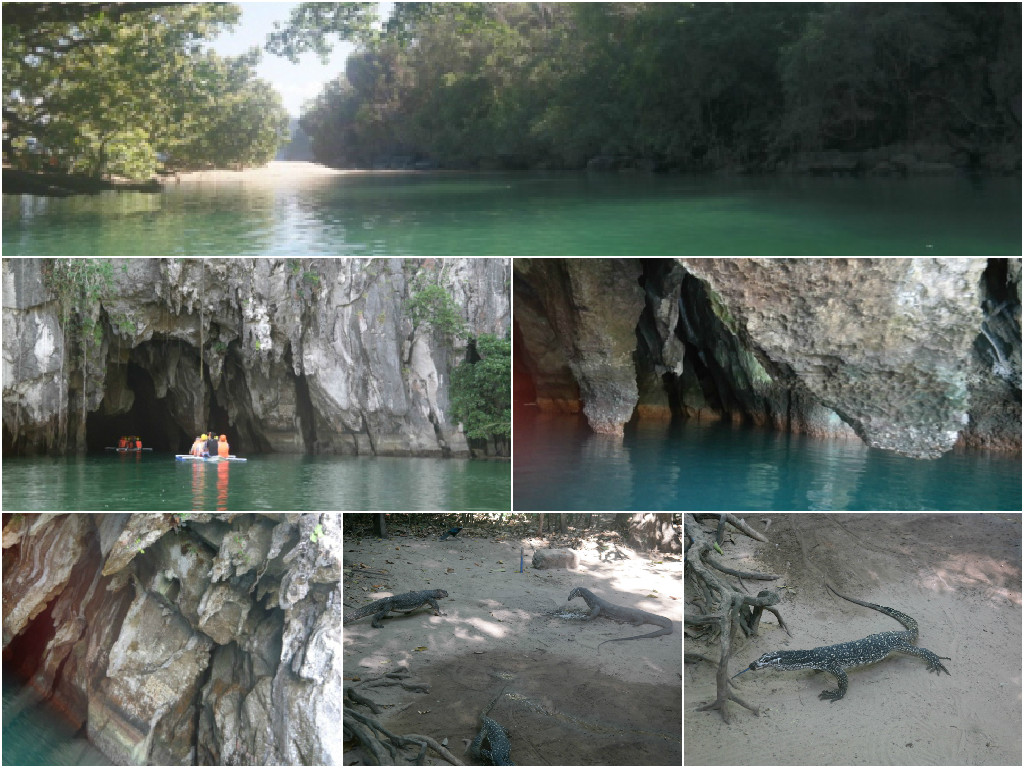 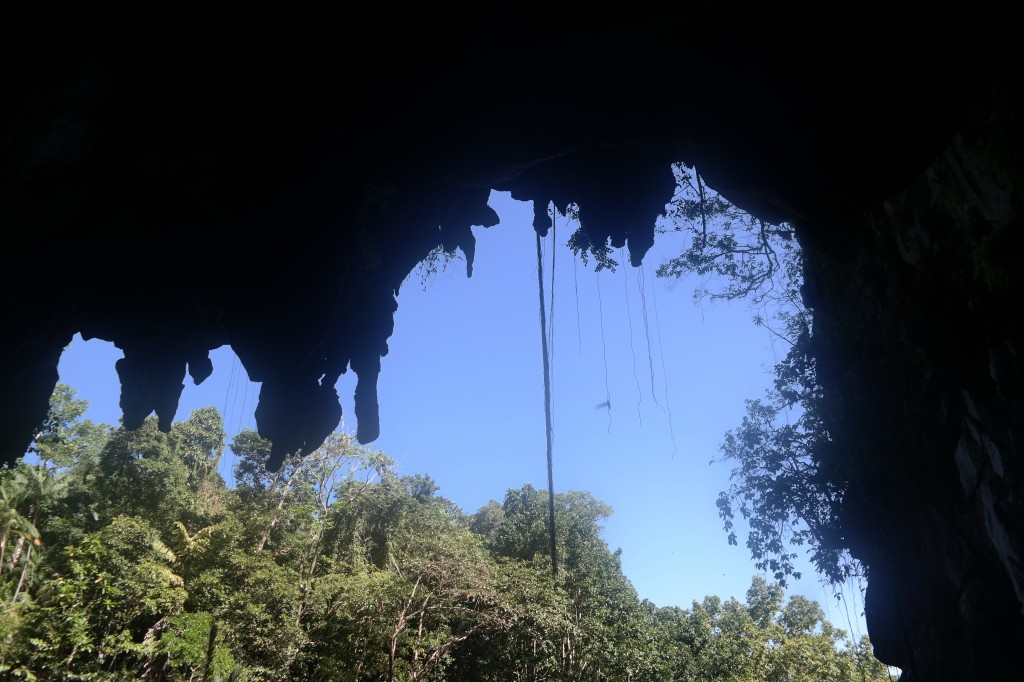