A few weeks ago we went on a yacht trip. It was one of our friends’ birthdays and to mark the occasion of her being ever closer to 30, we all hired a yacht from The Yacht Club at Dubai Marina. The deal was found on Groupon so it ended up a lot cheaper than it usually is. I think there were 16/17 of us in total and it cost around 200 dirhams each per person (about £33/£34). The yacht trip was on a 50 foot boat with 2 levels. Inside there was a small living area with sofas and a small kitchen. There were also 3 bedrooms and a small bathroom, so this could also be an ideal boat for a couple of days away on the sea! 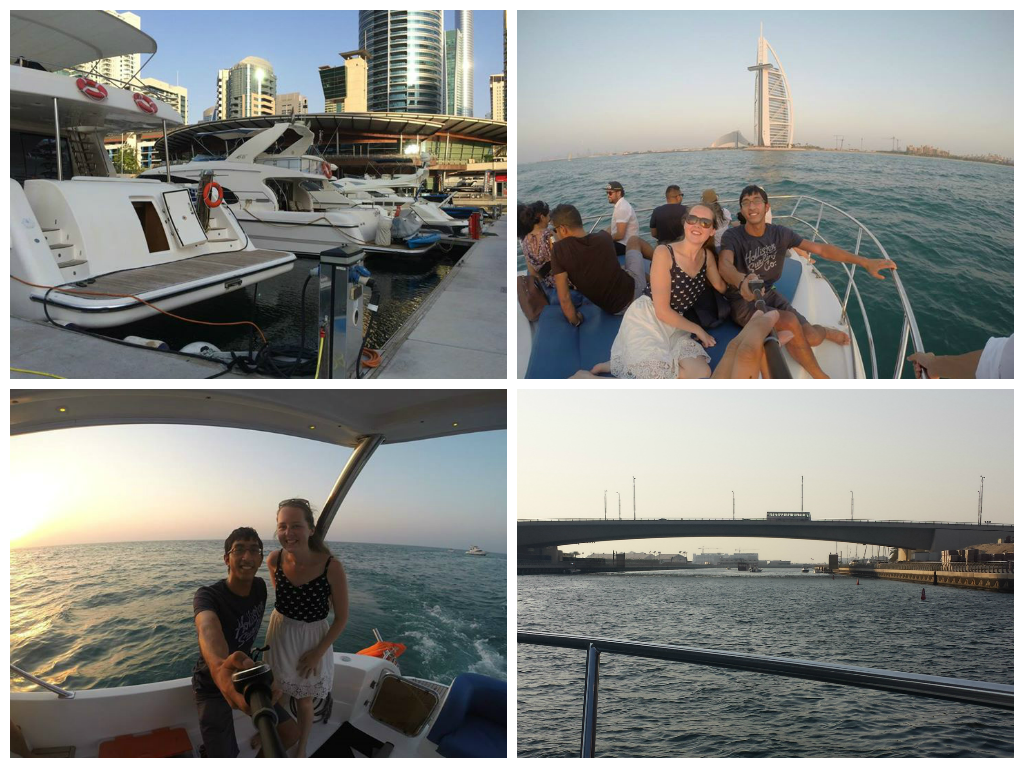 The journey started at The Yacht Club at Dubai Marina in the later afternoon. There were a few crew members manning the boat and they sailed us from the marina and up the coast to the Burj Al Arab. This section of the yacht trip took around an hour, and when we got to the Burj Al Arab, the sun was setting which made way for some good photos! After this, the crew took the boat back towards the marina but out a little further at sea so we could see the coast. At this time it was night time, so we could see the marina lit up at night. As the boat had stopped, a few people also enjoyed jumping into the sea from the top of the yacht, which looked a lot of fun. I didn’t join in as I was feeling a bit seasick, which is unlike me as I don’t ever get travel sick! This also meant that I missed out on some lovely tiramisu that Tracey had baked for everyone on the boat (which went down a treat)! After we’d finished the cake and looking from the sea to the marina, the yacht trip finished up by going back to the Yacht Club. The whole trip was around 3 hours, and I would definitely recommend it for anyone who can go, as it’s pretty cheap with a Groupon deal, and these seem to be pretty common. Also, a shout out to Neal who provided his party tunes on the boat, including the Indian version of “Happy Birthday”! 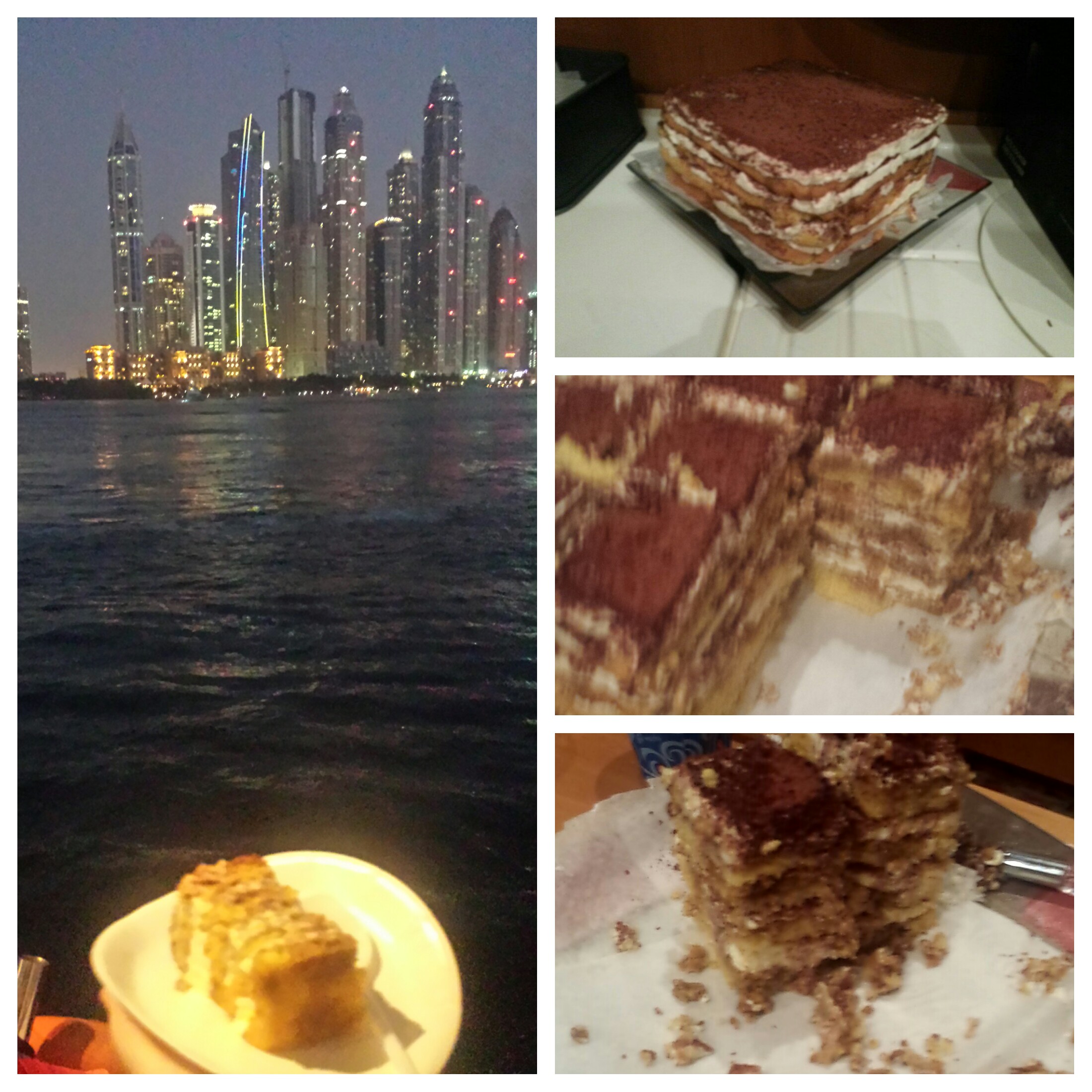